Verizon’s DVR Will Spy on you 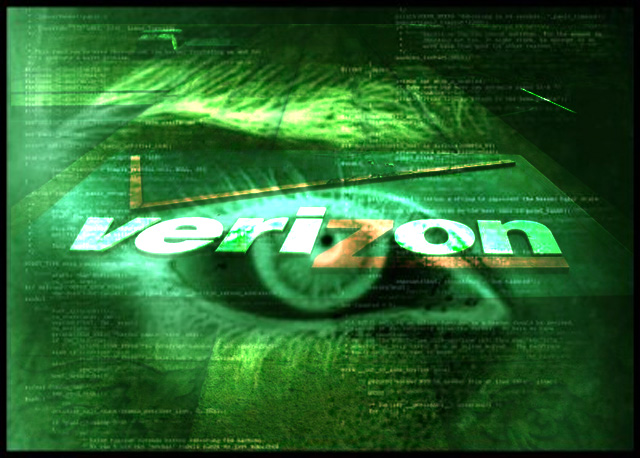 Google TV, Microsoft, Comcast, and now Verizon have all submitted patent applications to create televisions and DVRs that will watch you as you watch TV.

Earlier this month, news came out that Verizon applied for a patent to create a DVR sometime in the future that has cameras and microphones that can see and hear what you’re doing and saying, while watching TV. Sounds, actions, food choices, and your ethnicity -- all tracked by the DVR -- will influence what you see in your commercial breaks.

According to the patent application, here are the ways you can be targeted:

"Additionally or alternatively, if detection facility 104 detects that a couple is arguing/fighting with each other, advertising facility 106 may select an advertisement associated marriage/relationship counseling."

If you seem stressed, to be considerate the DVR will show you an ad for "aromatherapy candles."

The DVR will also build a profile about you, picking up on your "preferences, traits, tendencies."

While some in the media have gone crazy at the idea of a Big Brother-like device entering your living room, Verizon thinks that this is an overreaction. According to a statement sent to BI, "Articles focusing on what is a patent application were highly speculative. Verizon has a well-established track record of respecting its customers’ privacy and protecting their personal information. As a company that prizes innovation, Verizon takes pride in its innovators whose work is represented in our patents and patent applications, but such futuristic patent filings by innovators are routine."

A source familiar with the Verizon patent process told Business Insider that given the other contenders, it’s very remote that Verizon would win the bid.
In fact, according to the patent’s transaction history, the application was given a non-final rejection days before the DVR was first reported on by Fierce Cable. 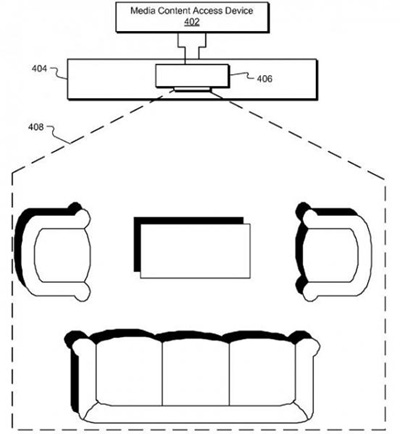 The new patent describes how targeted ads can be sent to TV viewers based on information collected from infrared cameras, microphones and other devices that capture the conversations and moods of the people watching.

Some might see this as an invasion of their privacy, or yet another case of “Big Brother is watching,” but the capability to closely monitor personal conversations and send ads based on overheard keywords could hold enormous marketing potential.

Verizon has filed a patent application for targeting ads to TV viewers based on information collected from infrared cameras, microphones and other devices that would be able to detect the current conduct and mood of the people watching.

Called Verizon Detection Zone, the system would pick up conversations, people, objects and animals that are near a TV. For example, if the system determines that a couple is arguing, a service provider would be able to send an ad for marriage counseling to a TV or mobile device in the room.

If the couple utters words that indicate they are cuddling, they would receive ads for “a romantic getaway vacation, a commercial for a contraceptive, a commercial for flowers” or commercials for romantic movies, Verizon said in the patent application.

Verizon’s application is titled “Methods and Systems for Presenting an Advertisement Associated with an Ambient Action of a User.”

The company said the sensors could also determine if a viewer is exercising, eating, laughing, singing or playing a musical instrument, and target ads to viewers based on their mood. It also could use sensors to determine what type of pets or inanimate objects are in the room.

“If detection facility detects that a user is playing with a dog, advertising facility may select an advertisement associated with dogs (e.g., a dog food commercial, a flea treatment commercial, etc.),” Verizon wrote.

Several types of sensors could be linked to the targeted advertising system, including 3-D imaging devices, thermographic cameras and microphones, according to the patent application.

Officials at Verizon declined to comment about the patent application, which was filed in May 2011. The U.S. Patent & Trademark Office published it last week.

Verizon Spying On Your Web Habits: How The Telecom Giant Is Becoming Big Brother And Monitoring Everything You Do

Verizon spying on its customers may seem bad for business, but according to the telecom giant’s latest privacy policy update, that’s exactly what they will be doing. Verizon wireless recently revealed that its new privacy agreement will allow them to spy on its user’s web habits, including the websites you visit, the location data of your phone and where you use the browser.

While the Verizon spying is supposed to be used only for commercial purposes, the whole thing seems very big brother-ish. Verizon says the purpose is to present users with more relevant ads, but the agreement says the data can be shared with third-party companies.

"A local restaurant may want to advertise only to people who live within 10 miles, and we might help deliver that ad on a website without sharing information that identifies you personally," Verizon Wireless said, according to BGR.com.

Regardless of the policy’s intent, it’s easy to understand why users are worried about Verizon spying on them. Even more troubling is that the policy is enabled by default - meaning that by simply using your phone you are agreeing to be tracked.

The full press release is below:

Protecting data and safeguarding privacy are high priorities at Verizon. Verizon Wireless recently introduced a new program that involves the creation of new types of aggregate business and marketing reports. For the business and marketing reports offered by Verizon Wireless, records about websites visited, cell phone locations and other consumer data will be combined (or aggregated) to compile reports that provide businesses with insights about their customers. In addition, Verizon Wireless and Verizon Telecom also introduced new ways to advertise to mobile users and wireline broadband customers.

For example, these insights may include the demographics (age ranges, gender, etc.) and interests (such as "pet lovers" or "tennis enthusiasts") of visitors to a Web site, or commuters who might pass an outdoor billboard. These aggregate reports could be used by web publishers to help provide content that is more appealing to users, or to help advertisers better select the ads they will display on outdoor billboards or at other venues.