Culture Clash in the Run Up to the US Election

Matt Forney is an author, journalist and entrepreneur currently based in Chicago. A native of Syracuse, New York, he has lived in Canada as well as the Philippines, and studied English and journalism at SUNY Plattsburgh and the University at Albany. Forney is a columnist for Return of Kings and Right On, and blogs regularly at his website MattForney.com. Additionally, he is the author of the self-help guide “Confessions of an Online Hustler” and several other books.

In the first hour, Matt joins us to discuss the culture clash that is casting a dark cloud over the US. We talk about our crucial task as independent journalists to cover and document these crazy times in order to preserve the truth of how history is unfolding. Matt breaks down some of the strange anomalies seen in the video of convicted child molester Alton Sterling being apprehended and killed by Baton Rouge police. The funding by (((George Soros))) of the #blacklivesmatter movement is illuminated, along with Mexican billionaire Carlos Slim’s manipulation of the US media to promote illegal immigrant amnesty. We connect the dots between Hillary Clinton’s fervent push for gun control and Attorney General Loretta Lynch’s “Summer of Chaos” scheme that has been revealed through hacked messages between BLM leader Doray McKesson and Johnetta Elzie, which mention bringing on Martial Law by causing chaos at the upcoming Republican National Convention in Cleveland, and thus extending Obama’s presidential term. Then, Matt explains the inner workings of leftist pathologies, namely the rampant narcissism that has created a culture of microaggression-triggered, codependent degenerates. We examine how this largely liberal hive mind mentality has shaped a society around the lowest common denominator, where traditional values of female femininity, male masculinity, nuclear family, and physical and mental fitness are intolerable. Further, we weigh up how the Clinton/Sanders schism has divided the left on identity politics and economic issues, along with indications that Trump is enticing many of these confused voters to the Republican camp.

In the member segment, we discuss how Red Ice will be teaming up with Matt to cover the Republican National Convention during July 18-21 in Cleveland, where thousands of anti-Trump protestors are scheduled to be bussed in to create havoc for attendees. Matt lays out some wise guidelines for anyone choosing to partake in this event, where the (((MSM))) will be vying to twist any conflict into more evil Nationalist propaganda. Then, we switch over to the topics of Brexit, the destructive force of the EU, and the core issue of UK citizens being at wits’ end over the nightmare of their treasonous elites actively pushing for their dispossession through forced assimilation with migrant invaders. We look at Theresa May’s looming occupation of the UK Prime Minister seat – a woman who celebrates the creeping in of Sharia Law in Britain. We also get into the recent “North American Union” strategy meeting between Obama, Trudeau and Peña Nieto. Matt talks more about the anti-White mentality of the regressive left in relation to the r/K selection theory, which has manifested itself in senseless bashing of the West’s founding fathers (#AmericaWasNeverGreat) and the delusional destruction of Western civilization’s foundations. At the end, we assess strategies for bringing wider attention to the enemy line that has been drawn in the sand as Nationalists gear up to reclaim the USA. 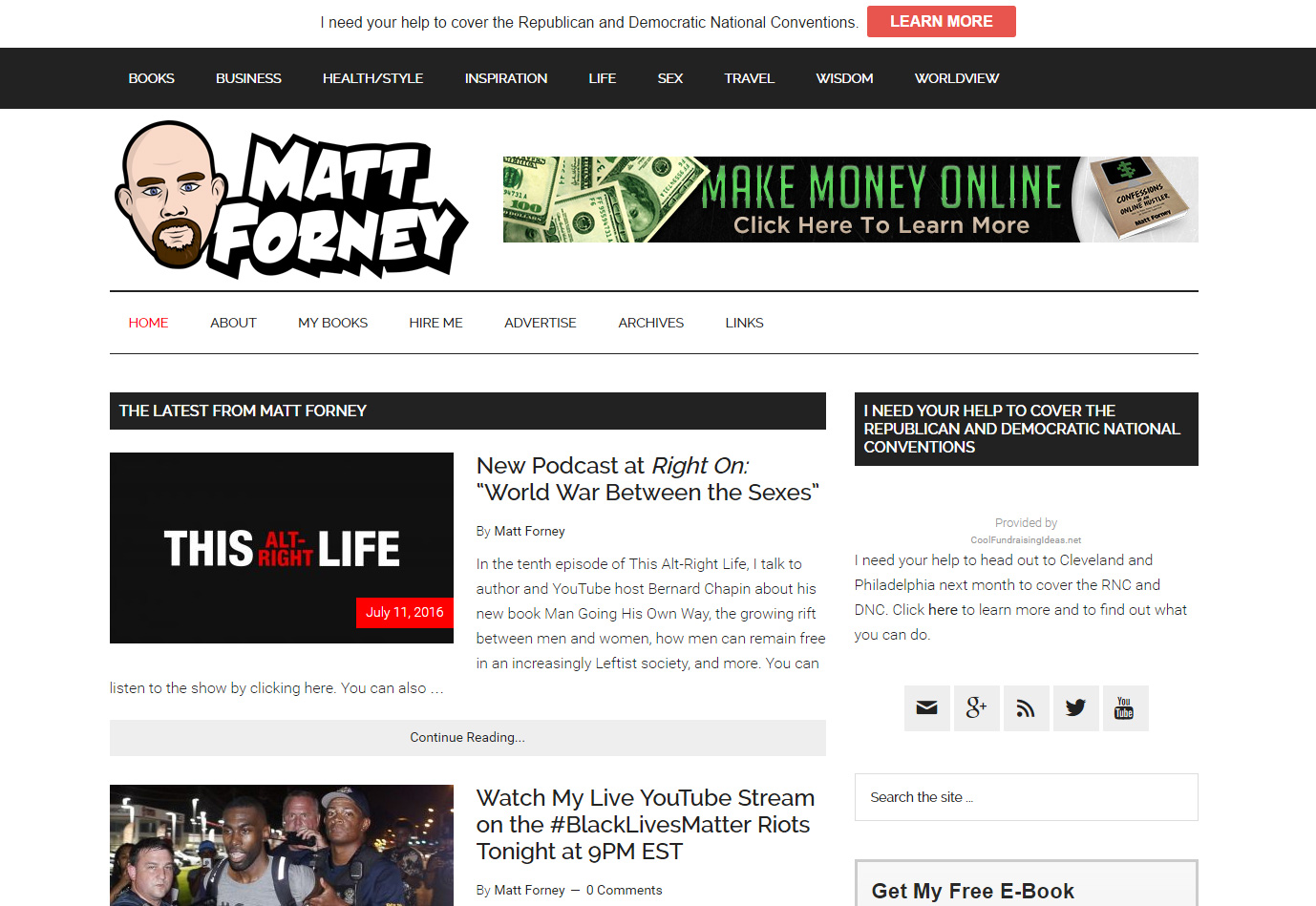