Jan 17, 2013
Paul has developed a unique and creative vehicle to introduce people to the dream-like nature of reality that he calls "The Dreaming Up Process." Paul is a pioneer in the field of spiritual emergence, as well as an innovator in the field of dreaming. He returns to discuss his latest book Dispelling Wetiko. In the first hour, we’ll recap on "wetiko," a contagious psycho spiritual disease of the soul, a parasite of the mind that is currently being acted out en masse on the world stage via a collective psychosis of titanic proportions. This mind-virus, which Native Americans have called "wetiko" covertly operates through the unconscious blind spots in the human psyche, rendering people oblivious to their own madness and compelling them to act against their own best interests. Paul discusses how to deal with the collective psychosis and explains the upside to the madness. He talks about what can dissolve wetiko and change the dream, bringing about an alchemical experience. In the second hour, Paul discusses nightmares and recognizing what is being revealed. We talk about symbols, synchronicities, creativity and the power of words. Later, Levy talks about government being under the spell of wetiko. He explains how seeing through the lens of pessimism creates a feedback loop. On the flip side there is the curse of our optimism. Don’t miss this terrific two hour interview.

awakeninthedream.com
Paul Levy's Bio
Pauls Articles
The War on Consciousness
Synchronicity:The Key of Destiny
The Four Degrees of Synchromystic Awareness
On the Nature of Four - Jung’s Quarternity, Mandalas, the Stone and the Self

Dispelling Wetiko
The Madness of George W. Bush: A Reflection of Our Collective Psychosis

The Spiritual Gift of MadnessWetiko, Shamanic Initiation & The DreamerThe War on Consciousness & Synchronicity/Dreams/ArtGeorge W. Bush, Our Collective Psychosis & Awaken In the Dream

Therapy? - Rise Up (Make Yourself Well) 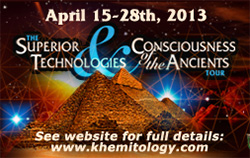