The War on Consciousness & Synchronicity/Dreams/Art

Oct 9, 2008
Deeply steeped in and inspired by the work of C. G. Jung, Paul is an innovator in the field of dreaming (both night dreams as well as waking dreams). He has had innumerable articles published on consciousness, dreaming and spirituality, and has lectured about his work at various universities. Paul is the founder of the “Awakening in the Dream Community,” a group of people who mutually help each other to wake up to the dreamlike nature of the universe. His work is the inspiration for the “Awakening in the Dream Center,” a psycho-spiritual healing center in Mexico. He is also the author of, "The Madness of George W. Bush: A Reflection of Our Collective Psychosis". In the first hour, Paul discusses "the war on consciousness". Paul says, ” "This universe is a mass shared dream that all six-and-a-half billion of us are collaboratively dreaming up into materialization. When we realize this, we can put our lucidity together so that we can co-creatively dream a much more grace-filled universe into incarnation. This is nothing other than an evolutionary quantum leap in human consciousness, unimaginable until now." We also talk about the collective psychosis, synchronicity, archetypes, dreams and the current economic situation. During our second hour, we talk about the synchronistic universe and the origins of the concept of synchronicity. Can synchronicity be "controlled"? We talk about quantum physics, the importance of dreams, symbolism, Cronos, Saturn, time, the Devil, and end by talking about the artist as a healer in the world.

The Four Degrees of Synchromystic Awareness

On the Nature of Four - Jung’s Quarternity, Mandalas, the Stone and the Self

At Last Scientist Are Discovering The Soul Part II

What Dreams May Come

The Madness of George W. Bush: A Reflection of our Collective Psychosis 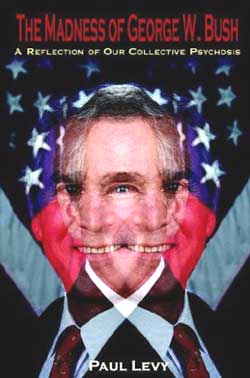