Mar 8, 2012
Paul is a pioneer in the field of spiritual emergence, as well as an innovator in the field of dreaming, a Tibetan Buddhist practitioner for over 30 years and the author of The Madness of George Bush: A Reflection of Our Collective Psychosis, as well as the book we'll discuss, Wetiko: The Greatest Epidemic Sickness Known to Humanity. Paul says our species is clearly in the middle of a mass psychic epidemic, which he calls malignant egophrenia and Native Americans call wetiko psychosis. There is a psycho-spiritual disease of the soul whose origin is within ourselves that has the potential either to destroy our species or wake us up, depending upon whether or not we recognize what it is revealing to us. We'll discuss how Wetiko operates, what it needs and how it mutates. Paul talks about co-collective creation, our unconscious mind and shadow self. He also explains how Wetiko can actually be the greatest gift. At the start of the second hour, Paul talks about the first year of his spiritual emergence when he was hospitalized a number of times, and was told he was having a severe psychotic break from reality. Little did the doctors realize, however, that he was taking part in a mystical awakening/shamanic initiation process, which at times mimicked psychosis but in actuality was a spiritual experience of a far different order. Paul talks about the eradication of the shaman but says we all have the wounded healer, the shaman within us. Then, we talk about the "dreaming up process" which is based on the realization that the same dreaming mind that dreams our dreams at night is dreaming our life. Later, Paul talks about the collective dream that is manifesting in the outer world and how some are fully taken over by Wetiko.

awakeninthedream.com
Paul Levy's Bio
Pauls Articles
The War on Consciousness
Synchronicity:The Key of Destiny
The Four Degrees of Synchromystic Awareness
On the Nature of Four - Jung’s Quarternity, Mandalas, the Stone and the Self

Wetiko: The Greatest Epidemic Sickness Known to Humanity
The Madness of George W. Bush: A Reflection of Our Collective Psychosis

Entombed - Night Of The Vampire 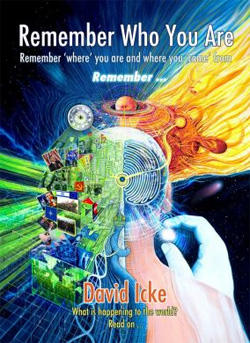