The Spiritual Gift of Madness

Oct 23, 2012
Dr. Seth Farber is a writer, social critic, dissident psychologist, activist and co-founder of the Network Against Coercive Psychiatry. His newest book is called, The Spiritual Gift of Madness: The Failure of Psychiatry and the Rise of the Mad Pride Movement. Paul Levy studied economics and art. He is the author of The Madness of George Bush: A Reflection of Our Collective Psychosis, as well as Wetiko: The Greatest Epidemic Sickness Known to Humanity. In 1981, due to an intense personal trauma, he had a life-changing spiritual awakening in which he began to recognize the dreamlike nature of reality. During the first year of his spiritual emergence, Paul was hospitalized a number of times, and was told he was having a severe psychotic break from reality. Seth and Paul will talk about how the psychiatric system is limited to the 5 senses, misdiagnosing spiritual experiences and shamanic awakening as pathological. Paul shares his experience of psychiatric treatment. Seth talks about the problems within the psychiatric field. Seth continues in hour two discussing two journeys of the spiritual experience: the shamanic and the Messianic, which can appear to have schizophrenic traits. He also talks about Jung’s christification of many idea. Later, Seth places the blame on capitalism for problems within the mental field.

The Spiritual Gift of Madness: The Failure of Psychiatry and the Rise of the Mad Pride Movement
Wetiko: The Greatest Epidemic Sickness Known to Humanity
The Madness of George W. Bush: A Reflection of Our Collective Psychosis

Queen - Fight From The Inside 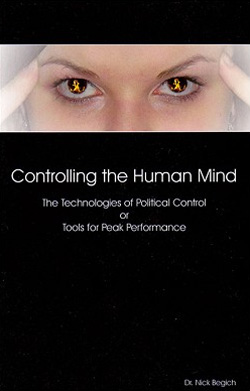