Jan 8, 2016
Jonas De Geer was born in Stockholm, Sweden. He's a writer, publisher, radio-personality and an activist and has been a leading personality in the opposition in Sweden since the 90’s. Dan Eriksson lives in Berlin, Germany and is Nationalistic writer, public speaker, podcaster and online video producer. He was a member of Svenskarnas Parti (Party of the Swedes). Magnus Söderman is a Swedish nationalist who is the author of several books on diverse topics relating to the struggle for Sweden, Europe and the Western world. He is a long-time street activist, political speaker and educator. During the last three years Magnus has been building Motgift with Dan and Jonas.

Jonas, Dan and Magnus join us as we survey the events of 2015 and place the brewing culture war into context to measure up the prospects for the Nationalist movement in 2016 and beyond. The guys talk about the controversial subjects and taboo issues they’ve been addressing at Motgift and how they are working towards applying an antidote to the insanity that is denigrating Europe and Western civilization. We consider the defining moments of 2015 concerning the mounting migrant invasion, and what can be done to further expose and remedy this organized assault designed to change the ethnic and cultural makeup of our European homelands. As we have all witnessed a complete demographic transformation of the West within a couple of generations, we look into the horrific face of what will inevitably amount to more violence and dispossession along with increased militaristic tyranny if the destabilizing infection of Islam is not stopped. We take stock of the unthinkable events that transpired in Cologne, Germany on New Year’s Eve, which clearly demonstrated the irreconcilable culture clash swelling within Europe; a manufactured conflict that can be partially attributed to irrational policies enacted by a feminized government.

In the members' segment, we examine the integrity of the Nationalist movement and what can be plainly seen as a liberalization of the founding ideals within mainstream politics. We discuss the politically correct kowtowing seen with parties such as the French Front National and the Swedish Democrats, which further validates the need for a much more radical alternative to the tired leftist rule. We speak to the strategic appeal of the New or Alt Right, centering on its ability to tackle controversial issues in an easy-going fashion while focusing on deeply traditional, uncomplicated values based in nature. Then, we dig deeper into the actions that must be taken in order to keep Europe from experiencing another full-blown Muslim takeover, the likes of which have been seen before, but have been obscured by academia’s disingenuous versions of history. Later, we look to the classic story of Beowulf and the writings of Tolkien to give us some perspective on the never-ending Earthly battle between good and evil that can only be won through determined dedication to one’s self and folk. 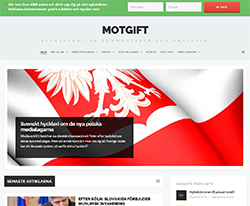