Aug 2, 2013
Scott Onstott graduated from UC Berkeley with a bachelor's degree in Architecture. He began his career doing manual drafting and later gained experience in several prominent engineering, architecture and interiors firms in San Francisco. He's taught over 45 semester courses at three Bay Area colleges and has written and edited dozens of technical computer books. Scott is also the maker of "Secrets in Plain Sight," a video exploring art, architecture, and urban design which unveils an unlikely intersection of geometry, politics, numerical philosophy, religious mysticism, new physics, music, astronomy, and world history. In this program we talk about Scott's book "Taking Measure: Explorations in Number, Architecture, and Consciousness." The book reveals patterns emergent in our universe from quantum to astronomic scales. Spatial and temporal codes appear in unexpected places, from our units of measure to the relationships between celestial bodies. We'll discuss familiar structures in the tangible world but also in the invisible world, including the question of consciousness. In the second hour, we proceed to discuss origins of knowledge, units and measurement. Through the evolution of form and our changing awareness it might seem like myth, magic, gods and symbols have been lost, but we still have them within us. Later, Scott explains the four different types of "Encoders," who are responsible for the patterns that he's found. From conspiracy to a higher force, we speculate on human origins and alien intervention. Scott says that everything is awareness and that we must enjoy the dance of life.

secretsinplainsight.com
Something Nothing Everything
The Shard
Long-lost pyramids found?
Rose Line

Taking Measure: Explorations in Number, Architecture, and Consciousness
Sacred Number and the Origins of Civilization: The Unfolding of History through the Mystery of Number
The Master Game: Unmasking The Secret Rulers Of The World
The Lost Science of Measuring the Earth: Discovering the Sacred Geometry of the Ancients
Precessional Time and the Evolution of Consciousness: How Stories Create the World
Matrix of Creation: Sacred Geometry in the Realm of the Planets
A Beginner's Guide to Constructing the Universe: Mathematical Archetypes of Nature, Art, and Science
How the World Is Made: The Story of Creation according to Sacred Geometry
The Dimensions of Paradise: Sacred Geometry, Ancient Science, and the Heavenly Order on Earth
Secrets of the Stones: New Revelations of Astro-Archaeology and the Mystical Sciences of Antiquity
Twelve-Tribe Nations: Sacred Number and the Golden Age
The Sacred Center: The Ancient Art of Locating Sanctuaries
Man and His Symbols
Sacred Number: The Secret Quality of Quantities
The Magic of Obelisks
Secrets of the Great Pyramid 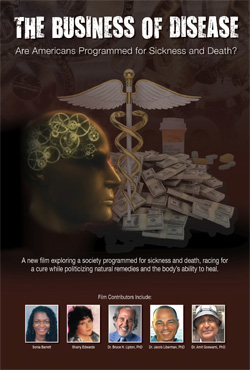