Secrets In Plain Sight, The Quadrivium, The Messianic Axis & Mirroring

Jun 19, 2011
Scott Onstott went to college at UC Berkeley and graduated with a bachelor's degree in Architecture in 1992. He began his career doing manual drafting and soon transitioned to AutoCAD and gained experience in several prominent engineering, architecture and interiors firms in San Francisco. Scott worked as a Draftsman, CAD Designer, Job Captain, Animator, and Programmer before becoming an independent consultant. He's taught over 45 semester courses at three Bay Area colleges and has written and edited dozens of technical computer books. Scott is also the maker of the video series "Secrets in Plain Sight", an exploration of art, architecture, and urban design which unveils an unlikely intersection of geometry, politics, numerical philosophy, religious mysticism, new physics, music, astronomy, and world history. In this interview, Scott will take us on an exploration of various monuments and buildings, their positions and explain how Egypt has been encoded in units of measurement in the design. We'll also discuss Masonic "trigger numbers" and why they show up in architecture. Later, Scott talks about the elite, bloodlines, 4th dimensional entities, the matrix and harnessing Earth energies. In the second hour we begin discussing the New Jerusalem in Washington, DC. Scott tells us about the Jewish mysticism that shows up everywhere in architecture, including the tree of life, the Star of David and King Solomon's Temple. Scott says Israel is an important geomantic site and therefore copied elsewhere. We'll discuss Moses as the continuation of the sun worship cult, another Egyptian connection. Then, we talk about the similarities in sacred geometry and mythology. Scott will also talk about goddess symbolism, astronomical and geomantic alignments. We'll briefly discuss sun alignment and why it is so important to the elites. Later, we talk about 1111, which shows up frequently. Scott ends the interview talking about not hoarding knowledge and encourages others to put out information and collaborate with others. He'll share what he sees for the future.

House of the Temple

Sacred Number and the Origins of Civilization: The Unfolding of History through the Mystery of Number

The Lost Science of Measuring the Earth: Discovering the Sacred Geometry of the Ancients

Precessional Time and the Evolution of Consciousness: How Stories Create the World

Matrix of Creation: Sacred Geometry in the Realm of the Planets

A Beginner's Guide to Constructing the Universe: Mathematical Archetypes of Nature, Art, and Science

How the World Is Made: The Story of Creation according to Sacred Geometry

The Dimensions of Paradise: Sacred Geometry, Ancient Science, and the Heavenly Order on Earth

Secrets of the Stones: New Revelations of Astro-Archaeology and the Mystical Sciences of Antiquity

The Sacred Center: The Ancient Art of Locating Sanctuaries

Man and His Symbols

The Magic of Obelisks

Secrets of the Great Pyramid 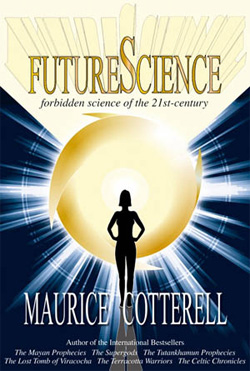