Nov 21, 2014
Neil Kramer is a British philosopher and esotericist. His work focuses chiefly on spirituality, metaphysics, mysticism, freedom, and inner development. He returns to discuss the differences between imperial culture and organic human culture, which is rooted in spiritual mortality and a relationship with the land. Neil elaborates on how imperial culture functions, what it requires of its citizens and how it ultimately keeps people ignorant. We’ll also discuss complex ignorance vs. self awareness. Then, Neil explains how the masses have been confused and conditioned by self censoring thought patterns such as political correctness, within imperial culture. We’ll continue on the importance of understanding our tribal heritage. Without it our identity and inner development is impeded. Also, Neil explains how the belief that we are all one and the same, is death. He’ll talk about what empire gains from sameness. Later, we discuss why it’s crucial to maintain our tribal mythologies. In the second hour, we discuss the importance of community. We’ll also talk about massive population growth and the resources needed to sustain the population. Neil brings forth the idea of “mindful reproduction.” Later, we talk about how empire is constantly growing without an end in sight, always seeking to become more but throughout time glorious cataclysms have set things back into place. Neil discusses nature’s regular purification process on the planet. At the end, we speak about the preparation for self-governance, for what will come when the empire begins to crumble.

neilkramer.com
Ethos
In a changing world, Portland remains overwhelmingly white
US: Portland “too White” say anti-Whites.
Basque separatists Eta set to take historic step by handing over weapons
The Madrid government should let the Catalans have a vote—and then defeat the separatists at the polls
Catalonia

The Unfoldment: The Organic Path to Clarity, Power, and Transformation
Alchemy of Will
Unfoldments Secrets and Syncs

Nest - Call of The Wild 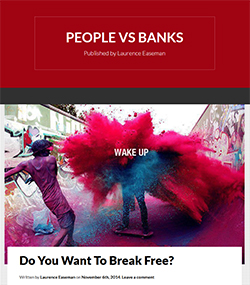