Participating in the Unfoldment, 4D Beings & Divine Will

May 31, 2012
Neil Kramer is an English writer, philosopher, and teacher, specializing in the fields of consciousness, metaphysics, and mysticism. Kramer has made a lifelong independent study of philosophy, mystical traditions, shamanism, religion, inner alchemy, occultism, and esoteric world history. He returns to Red Ice to discuss his new book The Unfoldment. We examine the authentic life and distortion of reality. Neil talks about the importance of remembering the divine and moving past negative states of mind. It's time for action, not complaints. We'll discuss remaining in a higher state of consciousness within the control system. Neil also talk about how there is an intimate relationship between light and shadow, creation and destruction. He talks about being a participant in the unfoldment as we each play a significant role. The Unfoldment is a natural human process; a journey of growth, realization, and ascendance. In the second hour, we begin discussing intelligences in the universe, including beings in the 4th, 5th and 6th dimensions. Neil talks about the 4th dimension and the beings who reside within it. He talks about their dilemma and their relationship to humans. Then, we'll discuss the recent cosmic gear shift propelling us to the next level. Yet each one of us operates at a different speed and some will eventually graduate from humanity into another form. We'll discuss polarities and dimensional overlapping. Later, Neil converses about free will as divine will. As one operates in divine will, they become harmonious with the universe, untouchable and sovereign.

The Unfoldment: The Organic Path to Clarity, Power, and Transformation
The Audio Cleaver
DVDs 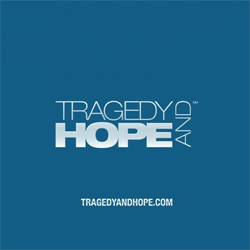