Mary Magdalene, House of Orange, The Reformation & The Threat of Islam

Nov 1, 2011
Ralph has been researching biblical and Egyptian history for more than 30 years. Being independent from theological and educational establishments has allowed him to tread where others do not dare, and it is through this independence that Ralph has discovered so many new biblical and historical clues about what might be the truth. He just finished a new book called, “Mary Magdalene, Princess of Provence and the House of Orange,” which we’ll talk about in this interview. Ralph attempts to tackle the history not only of Mary Magdalene, but also the epic struggle of the Reformation and Enlightenment. This was a crusade for freedom of thought, freedom of religion and freedom of speech that cost the lives of millions of people. And the genesis for this epic struggle was Orange in France, the very same city that may well have been established by Mary Magdalene herself. We’ll talk about where she came from, the real history of Orange, Jesus as a mason and the Protestant/Catholic war. In the second hour for members, Ralph starts talking about the modern Catholic Church, who is constantly at the center of a scandal. We move on to discuss what we gained from the Protestant Reformation from technology, to science and spirituality. Ralph says we’ve forgotten what we fought for and now are going backwards. He’ll explain how we’ve stagnated. This leads us into a controversial topic about Islam as a threat to our Enlightenment. We’ll talk about the Quran, not as a book of peace. Now days it is not politically correct to scrutinize the religion of Islam as it is viewed as a hate crime, yet Christian religions face constant scrutiny and attacks. Ralph urges people to read the Quran for themselves. Later, we discuss the destruction of the west and deliberate forced integration for political reasons. Is it time for Islam to have a reformation? We end talking about multi-culturalism verses multi-nationalism, an idea that worked well in Rome. Also, we talk about guilt based cultures that have become too liberal.

Mary Magdalene: Princess of Provence and the House of Orange

Jesus: Last of the Pharaohs

Eden in Egypt: Adam and Eve Were Pharaoh Akhenaton and Nefertiti (Egyptian Testament)

Solomon, Falcon of Sheba: The Tombs of King David, King Solomon and the Queen of Sheba Discovered

Cleopatra to Christ (Jesus was the Great Grandson of Cleopatra) / Scota, Egyptian Queen of the Scots (Ireland and Scotland were founded by an Egyptian Queen) [Two Books in One]

Thoth: Architect of the Universe

K2: Quest of the Gods

The Thirteenth Tribe: The Khazar Empire and Its Heritage 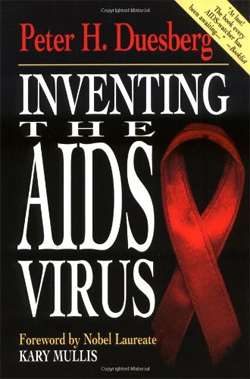