Mar 18, 2011
Historical cover-ups have always been a topic of interest. We re-visit the work of Ralph Ellis, who joins us to discuss his series of six books on the topic of "Biblical Patriarchs as Royal Pharaohs of Egypt". Ralph has been researching biblical and Egyptian history for more than 30 years. Being independent from theological and educational establishments has allowed him to tread where others do not dare, and it is through this independence that Ralph has discovered so many new biblical and historical clues about what might be the truth. Perhaps one of the biggest 'cover-ups' is the fact that the Israelites were originally Egyptians, the Hyksos shepherd pharaohs who were ejected from Egypt in the 17th century BC. But this simple correlation colors the rest of biblical history, for it means that both King Solomon and Jesus were also of Egyptian heritage. We begin to look at many of the missing historical characters and re examine the timeline, the placing and in some cases the naming of certain biblical and Egyptian historical events. We proceed in the second hour going through the timeline of events in biblical, Egyptian, Middle Eastern and British history. We begin to look at the two different exoduses from Egypt. Why and where did the shepherd kings go? We discuss Jerusalem or Zion and why so few archeological finds have occurred there and compare it to the city of Tanis or Zoan, which Ralph suggests is the spot for King Solomon’s temple. Are the Zionists looking in the wrong place? Later, we discuss the relationship between Rome and Jerusalem, the church of Jesus, the fourth sect of Judaism, the Essenes, the Nazarenes, the Zealots, the eunuch cult and much of the symbolism that is showing the preservation and movement of a sect that eventually grew into an empire.

Akhenaton, the Cult of Aton, and the Dark Side of the Sun

The Tombs of King David, King Solomon and the Queen of Sheba Discovered

Who Were The Magi?

Jesus: Last of the Pharaohs

Eden in Egypt: Adam and Eve Were Pharaoh Akhenaton and Nefertiti (Egyptian Testament)

Solomon, Falcon of Sheba: The Tombs of King David, King Solomon and the Queen of Sheba Discovered

Cleopatra to Christ (Jesus was the Great Grandson of Cleopatra) / Scota, Egyptian Queen of the Scots (Ireland and Scotland were founded by an Egyptian Queen) [Two Books in One]

Thoth: Architect of the Universe

K2: Quest of the Gods

The Thirteenth Tribe: The Khazar Empire and Its Heritage

King of Edessa & The Omphalos StoneMary Magdalene, House of Orange, The Reformation & The Threat of IslamEpisode 4 - Symbolism in LogosKing Jesus from Kam (Egypt) to Camelot & Dave TrumanPharaohs in Egypt, The BIble, The Hyksos, King Solomon & Cleopatra to Christ 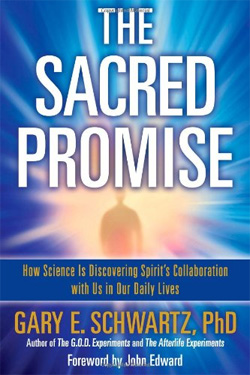