Aug 14, 2011
Alex Putney is behind the website humanresonance.org. He is also the author of "Lightwater", "Phi" and "Veil of Invisibility". Alex, currently in La Maná, Ecuador, is with us to discuss the latest developments related to his theory of infrasound standing waves and the resonance changes that we now, according to Alex, are going though. We discuss the latest news and anomalies related to this phenomena. We also talk about new angles, perspectives and insight into his research and conclusions. Human Resonance has been organized to share the rediscovery of a superfluid resonance technology of our ancient Sanskrit mother culture, crystallizing the body and synchronizing human consciousness. As we collectively move toward a higher planetary resonance, our growing awareness brings us together in alignment at convergence points of infrasound standing waves. Ancient sacred sites are calling attuned healers into resonance, and we are responding to the call of the sacred waters of La Maná, Ecuador to create a healing space for their ayurvedic use. In the second hour we discuss resonant standing waves in the solar corona. The devastating situation with the meltdown in Fukushima after the earthquake and tsunami seems irreversible and impossible to fix. Alex talks about radiation eating bacteria and psycho kinetic abatement of radiation. There are a number of healing techniques related to HHO plasma and "mind over matter" techniques that are possible solutions. Later, we talk about synthetic microbes released into the Gulf of Mexico after the BP oil spill. We move on to discuss higher resonance changes, 2012, psychopath's in charge and their death wish. Then, we end the interview discussing alien contact stories related to healing techniques and inventor Troy Hurtubise's "God Light" or "Angel Light" device.

Piezoelectric Fires in the Heating Elements of Airplane Windshields 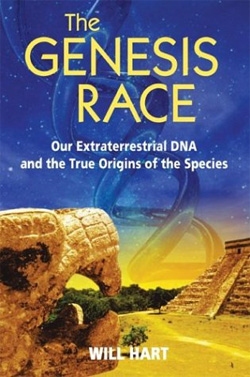