Richard John Clay (August 1982-August 2008) born in the UK, was a musician, graphic designer, web designer, writer, researcher and charismatic genius whose mission was to bring fairness, abundance and joy to all human beings. The extreme wealth of information and wisdom that ensued precipitated the Cosmic Mind Blog, which allowed Rik to spread his knowledge and findings to people all over the world. After 3 months the blog had attracted a regular readership in excess of 30,000 people. For the first hour of this program, Rik Clay answers questions which arose from the previous show as well as the feedback from that program. He talks about "rules" and restrictions you have to adjust to while making the kind of connections he made. We discuss the Greek origins of the Olympics, the opening ceremonies and the symbolism involved in the games. Other Topics Discussed: Tibet, Dalai Lama, The Orange, Rose Revolution, Saffron Revolution, rituals, ley lines, TV coverage, age of Aquarius, water, "X marks the spot", 666 and XXX, Nazi Olympics 1936, alien contact, Project Bluebeam and much more. For our subscribers, we talk more about project Blue beam, the fake alien invasion, technological advancement, mind control technology and the different levels of reality. More Topics Discussed: 11, The Oscars, I am Legend, Ben Hur, Charlton Heston, Omega Man, bloodline, The Knights Templar, composite characters, Lily Wave, Prince William, The "merger" of empires though marriage, flying saucers, airline technology, 9/11, consciousness, the news, Georgia Guide stones, depopulation and much more.

The True Meaning of Windows XP? 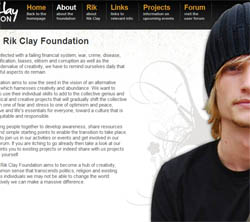