Oct 6, 2011
The journey began for George around the age of five. He has memories of being taken from his bed at night onto ships, and being taken to other places on the planet and to other worlds. In 1998 George was diagnosed with chronic fatigue and fibromyalgia. It was during this time that he hit rock bottom due to many years of experiencing abductions by malevolent beings. Today, George shares his experiences and knowledge across the planet. He joins Red Ice to talk about his revelation of a pending global mind control event, the creation of a new perception. 911 was a small example of a global mind control event and many are waking up to the tactics which were used. We’ll talk about the new tricks and tactics that may be on the horizon next. Then, George talks about the current “big squeeze” as the matrix is clamping down harder. He says another major event is coming to funnel humanity into a specific direction. George also tells us about entities coming to harvest humanity. These beings may use advanced technology to create light bodies to appear angelic and even manifest heaven like constructs but it will all be synthetic. Later, we talk about frequency matches and holding your center. We end talking about harmony in humanity’s past. In the second hour, George begins discussing the possibility of a female deity or anti-Christ figure coming onto the global scene, which might be used as a powerful tool. Then we talk about high level technologies that are being used against us including some sort of dream injection technology. Are we being attacked in the astral dream state and being left traumatized and de-railed? We also talk about technology that can read “personal signatures” throughout history, which can even re-print traumatic experiences into the present. Next, we talk about ETs that are not benevolent, not custodians and not more advanced, a popular philosophy currently circulating around. We also talk about the danger of a forced galactic federation, another centralized government. This idea does not support freedom. George says we’ve been subjected to a sinister agenda from the outside from long ago. Later, we talk about Comet Elenin and what is in its wake. Also, we talk about the different frequencies between scientific ETs and religious deities. We end talking about us as the ancients and the us as the ones who had the courage to come to this planet, not the cowardly manipulating entities on the outside.

About 'Our Journey Home' Global Tour

Spiritual Deception & Our Planetary BeingReligion, Our Journey Home & Off World Super SoldiersAscension and Beyond 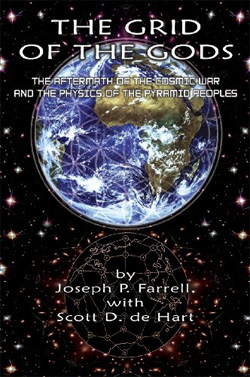