The Rise of the Modern Music Industry & the Enlightenment

Jun 10, 2010
In this program, we talk about the rise of the modern music industry with musicologist Robert Newman, author of the book "The Manufacture of Mozart". What are the roots of the modern music industry? When did music start being used as propaganda? Who was the first "rock star"? Robert discusses music history and the arrival of the modern music industry. Topics Discussed: orchestra, Romanticism, Congress of Vienna, the Holy Roman Empire, Maestro, Venice, the enlightenment, occultism & evil, J.N. Forkel, composers, eulogised musicians, psychological warefare, music as propaganda, the new music, the first "rock stars", Mozart, Beethoven & Hadyen, the Giovanni, Casanova, fraternal organizations, Freemasonry, Satanism, Treaty of Versailles, bloodlines, Cagliostro, Assyrian empire, France, "the Egyptianizing of Freemasonry", Voltaire, Rousseau, Athanasius Kircher and more. In our second hour with Robert Newman we talk about the preservation of knowledge in song and music - and how this was cut off by the church. We discuss the beginning of musical biographies, exaggerations and myth creation around a select group of "musical transcendental beings". Robert calls this the "myth of the immaculate artist". Then, he talks about the revolutionary movement and how the so called "scientific enlightenment" was based on an older occult philosophy. Topics Discussed: the histories of music, Necrologue, bards, Homer & The Illiad, biographies, Alexander Wheelock Thayer, revolutionary movement, Egypt, Paris, The Dark Age, national sovereignty, Congress of Vienna, Hagalian dialectic, massive symphony orchestras, emotion, the myth of the immaculate artist, transcendental being, Bono, 12 notes, elite families, the piano, pipe organs in church, black and white paino keys, the incestuous relationship between the music industry and society, record companies, publishers and propagandists, Mozart in Munich and more.

Grove Dictionary of Music and Musicians 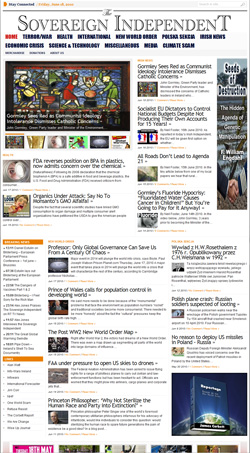