1,000 US Rabbis sign letter to "welcome" Syrian Muslims to America 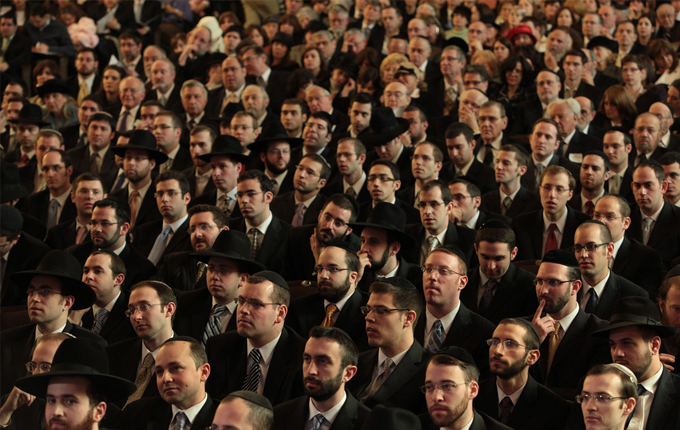 The Washington Post is reporting the story here. The letter was gotten together by the Hebrew Immigrant Aid Society (one of nine federal contractors which benefit financially from the resettlement of refugees to your towns and cities). We told you here and here that HIAS is pulling out all the stops to pressure Congress right now.

HIAS has said it wants 100,000 Syrians to be admitted to the US before Obama leaves office, and we know that as of a few days ago 99% of the Syrians admitted in this fiscal year are Sunni Muslims.

The greater the number of Muslim immigrants admitted to the US the greater chance that someone like this poor Messianic Jew*** murdered in San Bernardino two days ago will die. (His wife says he died a martyr for his religion.)

Get this through your heads! Muslims are not going to love you more if you help them to migrate to the West!

Did HIAS tell the Rabbis the truth?

Before they signed, did HIAS tell the rabbis that 99% of those HIAS is resettling from Syria are Muslims?

Did HIAS tell them that the UNHCR is NOT focusing on religious minorities, but almost exclusively on Sunni Muslims for America?

And to make it fair! As we pointed out here on Sunday, if your church is on this list and you don’t say anything, you aren’t only irrelevant, but complicit!

***See this whole article about those slaughtered at their annual Christmas party. I was struck by the diversity of the victims of the devout Islamic killers—many races, religions, sexes, are represented, no one was spared! They, and you, have one thing in common—you are all infidels!