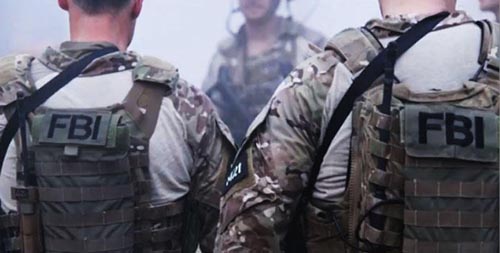 Details are few at this point, but it’s being reported via several media outlets that two members of the special FBI Hostage Rescue Team (involved in arresting 19-year-old Dzhokhar Tsarnaev) have died after "falling from a helicopter" into the ocean.

The Hostage Rescue Team is "part of the Tactical Support Branch of the FBI’s Critical Incident Response Group. It is based at the FBI Academy in Quantico, Virginia." Source

The Virginian-Pilot reports on the May 17 deaths: 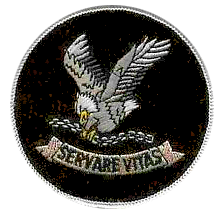 The statement gave few details regarding the deaths of Special Agents Christopher Lorek and Stephen Shaw, other than to say the helicopter encountered unspecified difficulties and the agents fell a “significant distance.”

A law enforcement source told The Pilot the incident happened about 12 nautical miles off the coast of Virginia Beach. The official blamed bad weather for the incident and said the agents – members of the FBI’s Hostage Rescue Team, based in Quantico – fell into the water. The official said he believed the agents died as a result of the impact rather than drowning.

Glenn McBride, a spokesman for the state medical examiner’s office, said it could be months before his staff can release a final cause and manner of death for the two agents. He said they must wait for the results of routine toxicology tests.

In interviews Monday, the founder of the Hostage Rescue Team and other former special agents called the unit “elite” while outlining the difficult training exercises members must endure.

“It’s the most rigorous training regiment in law enforcement, probably in the world,” said Danny Coulson, a former deputy assistant director of the FBI who started the team 30 years ago and served as its first commander. “They have to be able to do any mission, at any time.”

Among other things, members of the Hostage Rescue Team are trained to rappel from helicopters, scuba dive and use explosives to break down doors and walls. When needed, the team can deploy within four hours to anywhere in the U.S.

“It sounds risky, and it absolutely is,” Coulson said. “They have the same skill sets as SEAL Team 6 and Delta Force.”

In all, the team has responded to more than 850 incidents involving terrorism, violent crimes and foreign counterintelligence, according to the FBI’s website.

Last month, the team was involved in the arrest of Dzhokhar Tsarnaev, a suspect in the Boston Marathon bombings. And in February, it rescued a 5-year-old boy held hostage for six days in an underground bunker in Alabama.

Danny Coulson also added about the deaths of Lorek and Shaw. “These are the best-trained individuals in the world.”

It’s tragic, but strange, that the ’best trained individuals in the WORLD" would suffer such an unaccountable, and as yet unexplained, accident.

It is unclear at this point if the two agents were present at the arrest of Dzhokar Tsarnaev, but the The Hostage Rescue Team took over the operations of the ’negotiations’ while Tsarnaev was uncommunicative and grievously wounded in a boat.

Sudden deaths with links to the Tsarnaev brothers and the Boston Marathon Bombing have been racking up, with the shooting and killing of Ibragim Todashev during FBI questioning this week.

Also, MIT Patrol Officer Sean Collier was shot and killed "during a large scale manhunt for suspects in the Boston Marathon bombing" in April. Source

From the Officer Down Memorial Page:

At approximately 10:30 pm one of the subjects approached Officer Collier as he sat in his patrol car and opened fire on him without warning, striking him several times. The subjects then attempted to steal his service weapon but were thwarted by his level-three holster.

The suspects then carjacked a vehicle and led police on a pursuit while throwing explosive devices at pursuing units. The pursuit ended in Watertown, where one suspect was killed and a Massachusetts Bay Transportation Authority Police Officer was shot and seriously wounded in a gun battle. The second suspect was captured in Watertown the following evening after another shootout.

Firstly, the Massachusetts Bay Transportation Authority Police Officer who was shot and seriously wounded was actually struck by friendly fire from another police officer.

Secondly, there was never an explanation given about why the suspects would kill Officer Collier, drawing attention to themselves in their apparent attempts to escape. Further, it’s unclear if there were witnesses to Collier’s death:

At approximately 10:20 p.m. April 18, police received reports of shots fired on the MIT campus. At 10:30 p.m., an MIT campus police officer was found shot in his vehicle in the area of Vassar and Main streets. According to authorities, the officer was found evidencing multiple gunshot wounds. He was transported to Massachusetts General Hospital and pronounced deceased.

"Elite" Team Deaths
The helicopter deaths of special agent team members reminds of the story of SEAL Team 6 agents who were killed in Afghanistan when "roughly 30 members of the American Special Forces, most of which belonged to the Navy’s SEAL Team 6, were killed in a Taliban rocket attack" which downed their chopper. Team 6 agents were directly involved in the raid of ’Osama bin Laden’s Abbottabad compound’ and his reported killing, and their subsequent chopper deaths remain a troubling part of the story.

Much like the sudden and disquieting deaths of the SEAL Team 6 agents, the deaths of the two special FBI Hostage Rescue Team agents raise red flags. It has yet to be determined if the agents participated in the Boston arrest, or had any connection to the Tsarnaev narrative, but it’s best to be aware when highly trained insiders with potential involvement or knowledge high-profile cases suddenly are silenced in surprising and tragic ’accidents’.