2013: The Rebirth of Venus and the Return of the Divine Feminine

Jan 3, 2013 Source: ishtarsgate.com
The Year 2013 marks the Return of the Divine Feminine. This article explores the cyclical nature of matriarchal and patriarchal societies through viewing the archaeological, astronomical, mythological and sacred art evidence which appears to reflect these aeons on Earth. 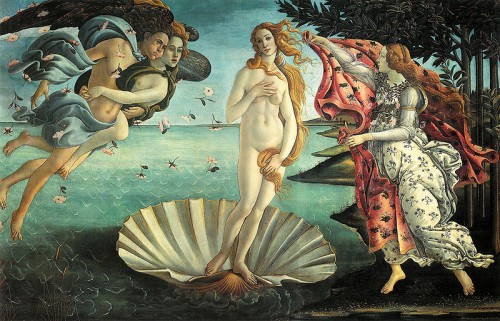 The solstice of December 2012 marked a turning point for the ancient Mayans, and this they reflected in their Long Count calendar which ‘ended’ with the ‘birth of a New Sun.’ I hope now that we are safely beyond that date, anyone worrying that the Sun might ‘go out’ is now feeling a little more relaxed. And maybe relaxed enough to explore further what the Mayans actually meant by ‘new Sun’ and how that is part of the new cycle and the dawn of the Divine Feminine.

In this 5,125 year cycle, the Sun is now ready to make its return from where it has aligned itself with the Grand Cross at the heart of the Dark (feminine) Rift of the Milky Way, in mythological terms, the darkness from where the seeds of creation germinate. 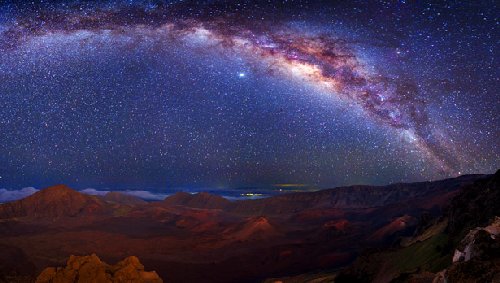 But the Sun has been reaching the end of that cycle over the past 40-odd years, so we’re talking about a much larger timeframe window than just three days, as you would expect for a cycle five thousand times bigger than a mere annual one. We are now on the other side of halfway point, and the Sun is about to ‘return’, or in other words, continue on its cycle.

However, this time, there will be no solar hero like Apollo or Arthur, but a heroine, because what this new astronomical aeon also signals is the return of the Divine Feminine. She is returning as part of a sort of yin-yang exchange of male and female energies ... a continual and eternal dance which shows up on Earth in the archaeological record and also in the ancient myths and iconography.

Enlightened archaeologists and anthropologists, such as Marija Gimbutas, point to a time about 5,000 years ago when the existing matrilineal structure of society had to give way to a more patriarchal set up, and that’s what we’ve had ever since.

We find evidence of these matriarchal societies in the proliferation of “Venuses” ~ clay figurines of voluptuous women with pronounced sexual features ~ and also in the artwork of these ancient times which shows far more female goddesses than males. 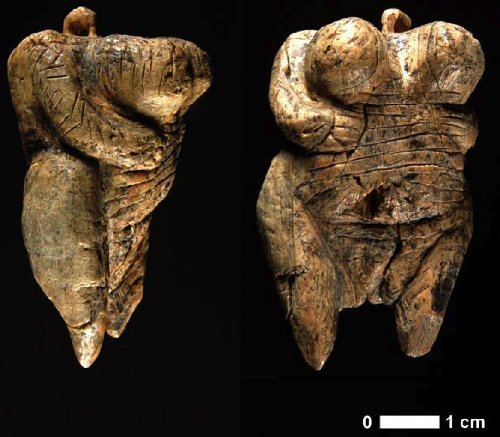 Remnants of the last known of these matriarchal structures can be found in Crete, the ruins of which were discovered by the Mycenaeans , who then created myths around what they found there ~ such as the story of the Minotaur and the labyrinth. They talked of millions of naussilus shells being packed into the crevices of the mountains, honouring the vulva of the Divine Feminine. Even the root word of labyrinth comes from ’labrys’, meaning vulva. In addition, the artwork found there shows a spiritual society led by bee priestesses and snake goddesses. 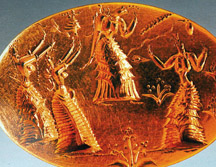 This vulva is represented in the sacred geometry of ancient temples, and even Christian churches, by the vesica pisces, which is the vulva-shape at the heart of the Flower of Life. 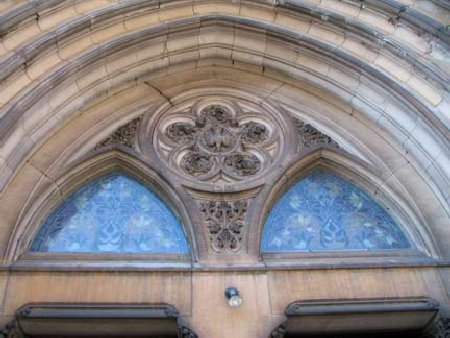 Another very important astronomical event that took place during 2012 was the return of Venus over June 5th and 6th, and it was no coincidence that the magicians in the court of Queen Elizabeth arranged for her to make her triumphal Jubilee procession down the river Thames on that very day. These occultists are very much aware of the significance of astronomical events and they also know that 2013 will see the beginning of the end for the old order.

The sign of Ishtar/Venus/Mary in Christian architecture is the five petalled rose, because this is the shape that She traces in the skies in relationship with the Earth. She is also the only planet that has a phi (Golden Mean) relationship with the Earth, and the word ’phi’ is at the root of the Greek ‘phil’, meaning ‘love’. And we also find the numbers 5 and 8 from the Fibonacci sequence, which is based on phi, and as seen in so much ancient sacred art and sculptures, often in a flower arrangement of 5 inner petals and 8 outer petals.

She was also known in Roman times as the Rose of Venus. To the French Normans, She was represented by the cinquefoil (five-petalled) and in this form, is found in the Christian symbolism of the Middle Ages, often affixed to the tops of Gothic arches ~ those vesica pisces-shaped doorways and windows believed to represent the Divine birth canal. The rose in Gothic architecture is a secret symbol of the feminine principle, one of a multitude of Hermetic symbols found in these churches. 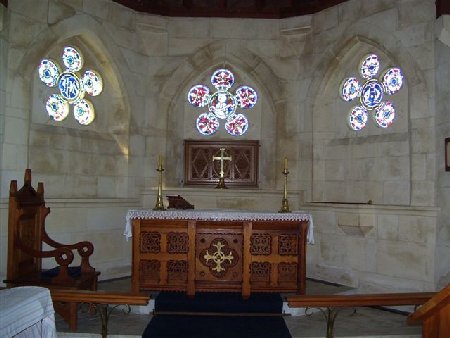 Her vulva leading to Her womb, the source of creation in the Dark Rift, is at the heart of the sacred geometrical Flower of Life, as the vesica pisces. 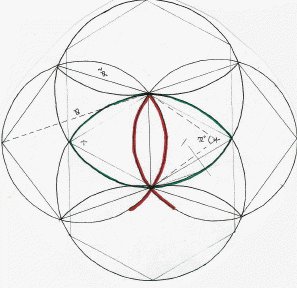 The "Flower of Life" can be found at the source of all major religions and cultures of the world. It contains the patterns of creation as they eternally emerge from the "Great Void". To the ancients who recognised these patterns in Nature and encoded them into their sacred art and ritual architecture, everything is made from the Creator’s initial thought or word, otherwise known as the primordial vibration or "Aum".

According to this geometrical system, it begins with the creation of the Seed of Life, the word or primordial vibration and then the same vortex’s motion continues, creating the next structure known as the Egg of Life.

The Egg of Life structure forms the basis for music, as the distances between the spheres is identical to the distances between the tones and the half tones in music. It is also identical to the cellular structure of the third embryonic division (The first cell divides into two cells, then to four cells then to eight). Thus this same structure as it is further developed, creates the human body and all of the energy systems. If we continue creating more and more spheres we will end up with the structure called the Flower of Life. 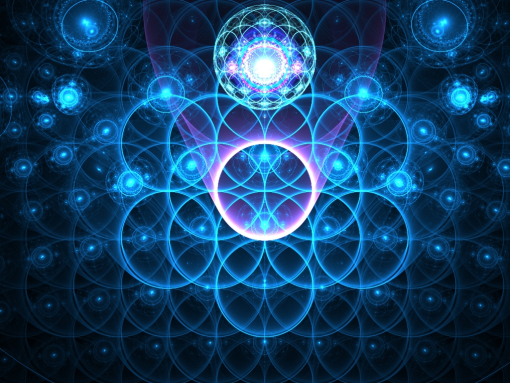 In other words, all life eternally emanates from beyond and through the central almond-shaped centre of the Flower of Life known as the vesica pisces, representing in humans the vulva of the female, aka the Divine Feminine. We know from studying rock art going back into the Paleolithic period that our ancient ancestors honoured the vulva as the source of all life (see links below).

We also see the vesica in their depictions of twin-headed serpent prowed and helmed boats which, in the opinion of some shamanic archaeologists, are multi-dimensional and metaphorical as well as actual boats. Everything the ancients created in material reality had multi-dimensional meaning because they lived across the three worlds of the shaman, instead of just the one remaining that we recognise today.

The twin-headed serpent boat (aka spirit boat) of the shaman traversed the dimensions, in metaphorical terms via the Dark Rift of Her vulva and womb where the seeds of life germinate, and returned. 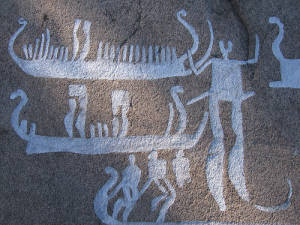 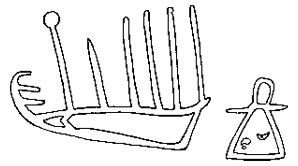 We can also trace the evolvement from matriarchy to patriarchy in mythology.

Death-rebirth deities in recent millennia have been male ~ Jesus, Osiris, Odin, Mithras, Dionysus etc. But before that, we find Ishtar and Inanna, both females, playing the role of the mythological heroines that descend into the Underworld before being resurrected.

Ishtar was not a sun goddess, however, because she comes from a time when what we now call ‘zodiacs’ were centred on Draco, the pole star, and astrology was sidereal, based on the fixed constellations.

Today, it is differently arranged. It is based on the sun being surrounded by 12 signs. In fact, previously under sidereal lore, there were 13 constellations, and as 2013 progresses we will see more and more this number unraveling its meaning to us, because it is the number of the Divine Feminine. And because Ishtar comes from star lore rather than solar astrology, she was known as Queen of the Heavens.

We need to create a new mythology, now, to support this return of the Divine Feminine, but I expect that will unfold itself too in the upcoming decades and centuries of this new cycle. This will be the work of future generations. They will develop their own mythological heroines and heroes.

But the seed has now germinated in the Dark Rift womb of the Milky Mother, and we await the Spring of Her flowering in awe and with gratitude.

The most important astronomical event of 2012
Washington DeCoded: The Lost City
In the Eye of the Beholder: Palaeolithic Pornography or Spiritual Art?
Earliest vulva rock art in Europe

This article is being discussed on Ishtar’s Gate forum. You can join in the discussion here.