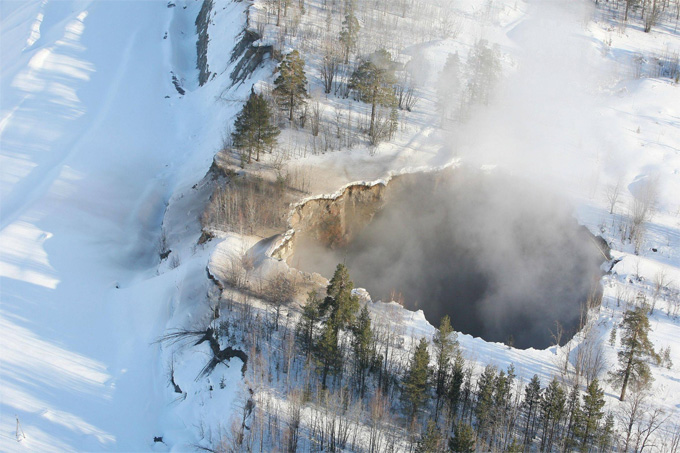 On Tuesday morning, March 20th at 6:20am, the ceiling of the "Fabian"-part of the Malmberget iron ore mine in north of Sweden collapsed.

Heightened activity in the mine during recent days is believed to be the cause of the collapse. A small cloud of dust with limited spread westward into the adjacent "Captain"-pit. Water vapor from the warmer air in the cavity produced a white pillar of cloud that appeared on Tuesday morning. The event has not affected the work in the mine and no injuries have been reported. The actual breakthrough or collapse process is said to have been a fairly peaceful event. Vibrations have been felt in the community "Kilen" nearby. 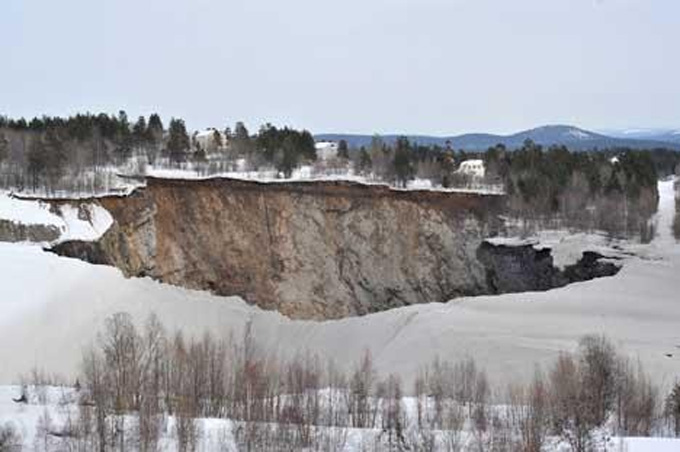 Thanks to Gustavo Giorgis for sending along the images and photos.

LKAB, the company involved in extraction of iron ore from the site, has taken pictures of the pit "Fabian". In the pictures you see the that the pit has expanded during the night between Tuesday and Wednesday. The pit now about 150x150 meters (about 500x500 feet). 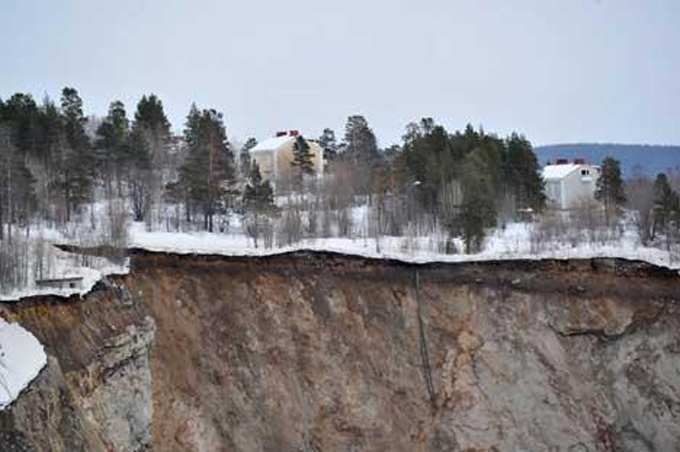 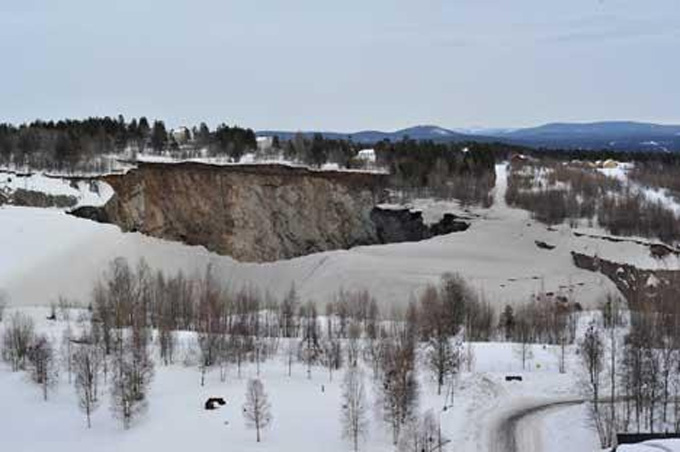 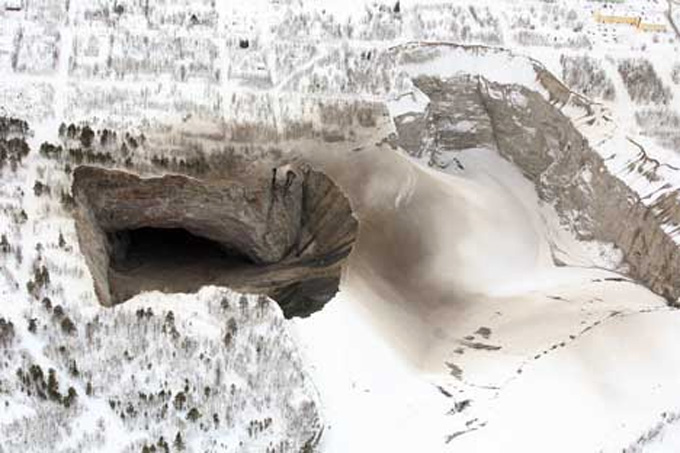 Malmberget is known as a major site for the extraction of iron ore from deep mines by the company LKAB. The iron ore mining started in 1741 at the Illuvaara mountain, later known as Gellivare malmberg and eventually just Malmberget. The first train transporting iron ore was loaded in 1888 - this was the beginning of the great iron ore rush which would change the entire area of Northern Lapland. In Malmberget there were lots of job opportunities but no dwellings - a striking resemblance to the conditions during the gold rush in North America. During the first years, workers lived in shacks built from wasted dynamite crates. 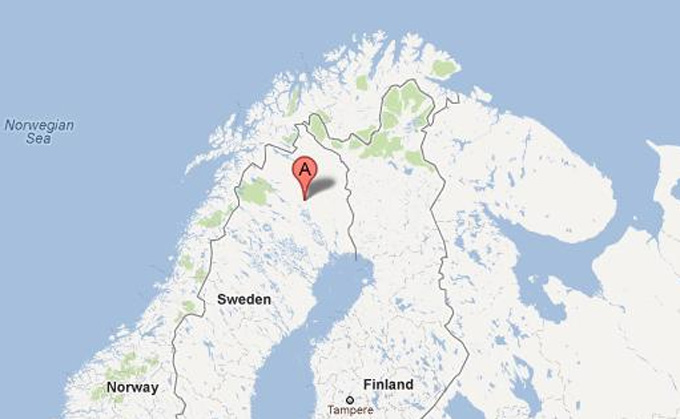 This is from a mine that Sweden sold iron oreto both sides of the Second world war: Swedish iron mining during World War II. Keeping the whole thing going.

Right down the center of Malmberget, the deep mine has reached daylight and thus created a huge hole called Gropen ("The Pit"). Gropen has grown southwards as the deep mining continued, and thus divided the town while making the old town centre uninhabitable and forcing many institutions (e.g. the two existing cinemas and the church) to move to the western part of Malmberget or, even more commonly, to the neighbouring town of Gällivare.

Today Gropen is being filled up with stone which is dug up as a by-product from the underground mines. Gropen will eventually be filled in, but the uninhabitable area is continually growing as underground mining undermines the area and seismic events caused by the mining regularly shake the remaining parts of Malmberget. The future of Malmberget is currently uncertain, but prospecting by LKAB indicates that even more of Malmberget may have to move in the future. The moving of several large residential houses owned by the mining company, as well as private villas, has been a major issue locally for the past few years. The iron ore extracted from Malmberget is mainly transported by rail southeast to the port of Luleå.