Against the wishes of its own people; Latvia reluctantly joins euro 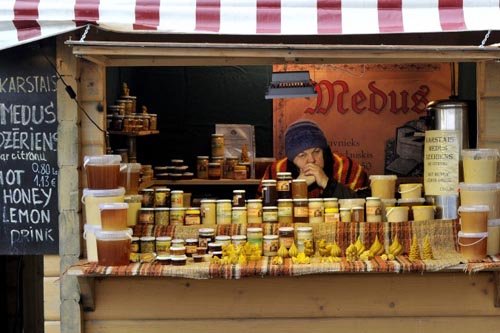 The tiny Baltic nation of Latvia is to join the euro on New Year’s Day against the wishes of its own people, becoming the eighteenth and poorest member of monetary union five years after its economy crashed in flames.

The country has endured a 1930s-style depression and a drastic experiment in EU shock therapy with stoicism, abiding strictly to the terms of an EU-IMF bail-out.

It has exported its way back to balance and defied critics by defending its euro-peg through thick and thin, yet the feat comes at a high social cost.

Euro accession has been greeted glumly by most of Latvia’s 2m people, worn down by lay-offs and 28pc pay cuts for teachers, nurses, and police. A mass exodus of youth has served as an escape valve, leaving an older society behind. Latvia’s population has shrunk by 7pc since 2007.

Read the full article at: blacklistednews.com 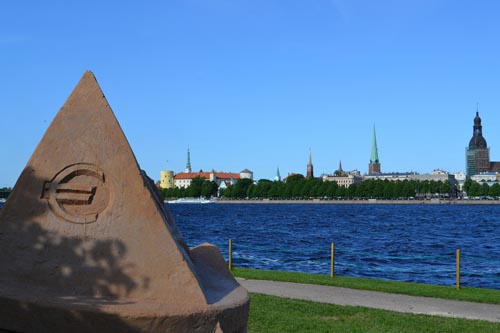 Euro-monument in Riga: The Latvian government is convinced of the merits of joining the euro; the public less so - EUObserver

“Latvians have been forced to adopt the euro and haven’t been allowed [to have] their say. The majority of the population is opposed to the move,” says Andris Orols, chairman of the Anti-Globalist Association, adding that Latvia will import “other goods at a cheaper rate which means [the country] will produce less and ruin the economy.”

The Bank of Latvia has even launched a PR campaign to convince its people that this year is the right time for the country to switch currency.

“Latvia is a small, open economy with both loans and deposits, very much in euros already,” said Martin Gravitis, a spokesman for the Bank of Latvia. “[Latvia’s] people will have higher ratings and lower interest rates on their loans.”

Some of the country’s politicians say the government simply had no choice.

“It’s inevitable. We took the responsibility to join the eurozone when we entered the EU. It doesn’t matter how much money there is in our pockets, it matters how much money we have,” said Janis Urbanovich, leader of the country’s Social Democratic Party.

The European Central Bank has recently warned the country that the high level of foreign deposits, mostly from Russia, in Latvian banks, was a risk factor.
Source