Agenda 21 minions are coming for your water

Mar 25, 2014 Source: intellihub.com
The globalists murdered Detroit through the various free trade agreements consisting of NAFTA, GATT, and CAFTA. And now, their Agenda 21 minions are coming for your water, your homes and your children 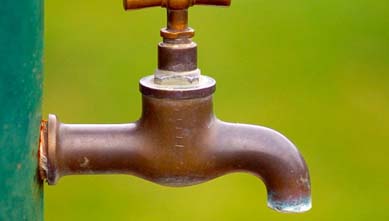 There are several parts to this story. First, there is the human interest story of corrupt city forces who are abusing people from a bankrupt city who are down on their luck and are reveling in the joy of bringing misery to the downtrodden. Second, we see CPS rearing their ugly faces as they are attempting to take advantage of a crisis situation by placing more children under their control. Third, we are witnessing the attempted installation of the “Building One America Plan” which will force all suburban residents into densely populated stack and pack cities through the regionalization of the control of water supplies. This article examines the dangers posed to American communities through an examination of these three areas related to water control and what it could potentially mean for all US citizens.

“We Are Coming for Your Homes”

As of a week ago, any Detroit resident who is more than 60 days late on the payment of their water bill will be eligible to have a property tax lien placed on their property which could result in the foreclosure and forfeiture of their home, declared the Detroit Water and Sewage Board (DWSB). The DWSB has created a financial incentive by making it more difficult for people to pay their bills. The financial motive to the DWSB is apparent.

The department is gearing up for an aggressive campaign to shut off service to 1,500-3,000 delinquent water accounts according to Darryl Latimer, DWBS’ deputy director. Latimer insists that “Usually folks will then come in and make some kind of arrangement,” and that not paying your water bill has long-lasting consequences. How well does this “get tough” policy work when it comes to a city that graduates less than half of it students, in a city where homes can be bought for a $100 and the median price of a home in Detroit is only $9,000, the estimated REAL unemployment rate is approaching 40%,and the police station only stays open for public business eight hours per day? By the way, Detroit residents are now only allowed a one time “adjustment” in their payment obligations for their water bills. I wonder where Mr. Latimer thinks that money is going to come from with regard to the destitute of Detroit?

Are Detroit officials waiting to gobble up these $9,000 homes? It would seem so, because extra contractors have been hired to shut off the water, as I write these words.

As this plot unfolds, it strongly appears that Detroit city officials have been shown how they can make money through the rigid enforcement of their water collection policies and this opens the door for more nefarious Agenda 21 forces to gain a bigger foothold in Detroit.

Is CPS Waiting in the Wings to Profit From This Crisis?

In a disturbing development, The Detroit News is reporting that residents that cannot pay their water bills don’t necessarily have to move out according to Latimer. Latimer is now talking out of both sides of his mouth. On one hand a delinquent water user is told that they will lose their home if one cannot pay their water bill and simultaneously he is saying that if you have kids, you don’t have to move, but you could lose your kids to CPS.

It is hard to not read these two contradictory statements and conclude that Latimer is telling parents, we only want your homes if you have no kids. But if you have kids and cannot pay your bill, we want your kids and you can keep your home.

Latimer is quite clear on this point as he made both statements, in the same article to the Detroit News. He warns that if there are children in these households with water that has been shut off, the Department of Social Services will arrive on the scene and will remove the children from their parents.