AIPAC striving to hijack the US government: Ex-US Senate candidate 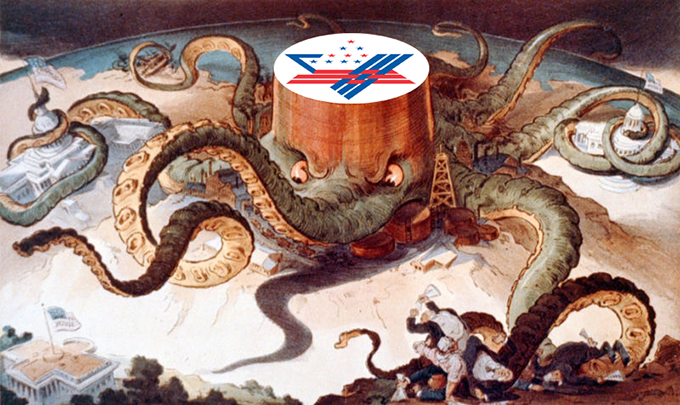 An intense lobbying effort by pro-Israel advocacy groups to pressure Congress in rejecting the Iran nuclear agreement is the latest attempt by Israel to hijack the United States, a former US Senate candidate says.

“The American Israel Public Affairs Committee (AIPAC) and related pro-Israel organizations will spend approximately $150 million promoting a series of lies on this P5+1 deal with Iran,” said Mark Dankof, who is also a broadcaster and pastor in San Antonio, Texas.

AIPAC’s pressure on Congress to derail the agreement “is the latest attempt by the Israeli government and the Israeli lobby to hijack the government of the United States and to steal from the American people an agreement that we should support,” he added.

AIPAC, one of the staunchest opponents of the nuclear agreement with Iran, is spending about $40 million to run TV advertisements in 35 states urging legislators to vote down the accord.

Dankof said US President Barack Obama is correct to push back against pro-Israel lobbying efforts to scuttle the nuclear accord. “He has pinpointed the nature of the problem in the American political scene and in the Capitol Hill.”

In an open letter on Friday, Dankof urged President Obama to insist that "Israel’s mammoth nuclear arsenal and chemical/biological weapons cache receive the same international inspection regimen being insisted upon by [Israeli Prime Minister] Netanyahu and his supporters for Iran.”

"The United States also needs to pull the plug on supporting Israel financially until it joins in signing the nuclear Non Proliferation Treaty (NPT) as Iran has, and stops its illegal settlements on the West Bank, East Jerusalem, and its genocidal policies in Gaza," the letter reads.

On Tuesday, Obama accused the Israel lobby of spending millions of dollars to spread false claims about the Iran nuclear agreement, and vowed to fight back, according to a report.

At a meeting in the White House, Obama told leaders of AIPAC he would counter their efforts to sink the nuclear agreement with Iran, The New York Times reported Friday, citing people present at the gathering.

“Mr. Obama told the AIPAC leaders that he intended to hit back hard,” the report said.

Obama has launched an aggressive campaign of private entreaties and public advocacy to rally enough Democratic support to preserve the nuclear agreement ahead of a September vote on it in the Republican-led Congress.

Most Republicans oppose the nuclear agreement, but they need a two-thirds vote in both chambers of Congress to override a presidential veto, and to reach that threshold, Republicans need Democratic support.