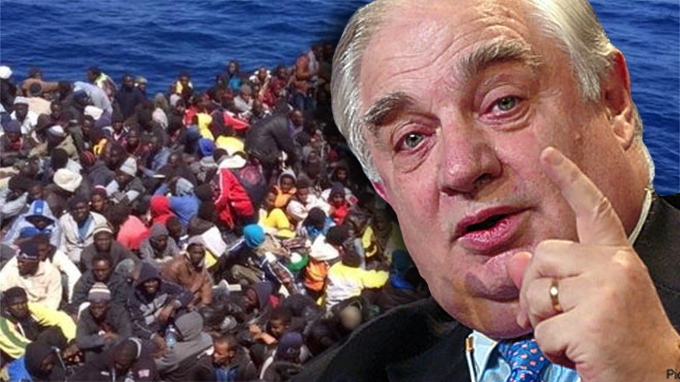 Peter Sutherland, the UN & special representative on international migration, has again shown his true anti-White form when he called for Britain to take in more immigrants, saying that not to do say would be "xenophobia and racism"

"Some countries, as opposed to others are taking the lion’s share of responsibility in this area" he told BBC radio 4.

But the bottom line has to be that there has to be a sharing of refugees.

The UK and many other countries could do more.

In the past, Sutherland has also told the BBC that he believes the European Union should be trying to destroy Europe's "homogeneity and difference from others."

A very recent survey found that the overall majority of British people (42%) are against taking in more refugees.

I'll tell you what the bottom line is: this guy is anti-White. He's anti-White because he is trying to get rid of White people.

All these anti-Whites completely abuse their powers and ignore we ordinary folk in order to promote and direct White genocide.