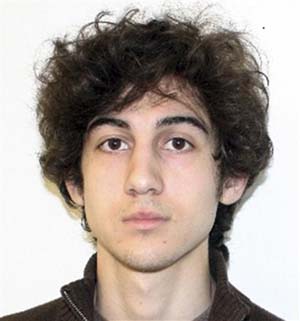 Anzor Tsarnaev, father of the 2 suspects, spoke with the Associated Press over the phone from his home in southern Russian republic of Dagestan.

"My son is a true angel," the elder Tsarnaev said speaking about his 19 yearold son who is still at large. He said his son was "an intelligent boy" who was studying medicine.

The father ended the call abruptly, saying angrily "Leave me alone, my son’s been killed"

More details of the interview, as well as some background on where the suspects came from are available in this AP article.