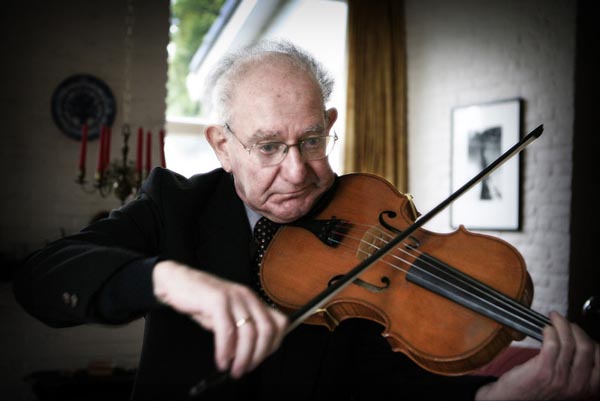 One of the last remaining Auschwitz survivors has launched a blistering attack on Israel over its occupation of Palestine as he began a lecture tour of Scotland. 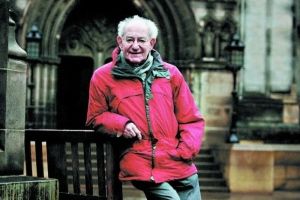 Dr Hajo Meyer, 86, who survived 10 months in the Nazi death camp, spoke out as his 10-day tour of the UK and Ireland - taking in three Scottish venues - got under way. His comments sparked a furious reaction from hardline Jewish lobby groups, with Dr Meyer branded an "anti-Semite" and accused of abusing his position as a Holocaust survivor.

Dr Meyer also attended hearings at Edinburgh Sheriff Court on Thursday, where five pro-Palestine campaigners are accused of racially aggravated conduct after disrupting a concert by the Jerusalem Quartet at the city's Queen's Hall.

Speaking as his tour got under way, Dr Meyer said there were parallels between the treatment of Jews by Germans in the Second World War and the current treatment of Palestinians by Israelis.

Dr Meyer was born in 1924 in Bielefeld, Germany. He was not allowed to attend school there after November 1938. He then fled to the Netherlands, alone. In 1944, after a year in the underground, he was caught by the Gestapo and survived 10 months at Auschwitz concentration camp in Poland.

He now lives in the Netherlands, and is the author of three books on Judaism, the Holocaust and Zionism.

A spokesman for the International Jewish Anti-Zionist Network, of which Dr Meyer is a member, said criticising Israel was "not the same" as criticising Jews.

Mick Napier, Scottish Palestine Solidarity Campaign chairman and one of the five demonstrators facing charges when the court case continues in March, said: "Palestinians are happy to have him as an ally in their cause.

"Hajo knows that Israel has a long history of abusing the tragic history of the Holocaust in order to suppress legitimate criticism of its own crimes.

"Especially since Gaza, people are no longer taken in by their claim that anyone that criticises Israel is anti-Semitic."

Dr Meyer's claims met with a furious reaction from pro-Israel groups, who branded him "a disgrace".

"Whether he is a survivor or not, to use Nazi comparisons in relation to Israel's policies is anti-Semitic, unquestionably."

The tour was cynically timed, Mr Hoffman added, to coincide with Holocaust Memorial Day on January 27.

Dr Ezra Golombok, Scottish spokesman for the Israel Information Office, accused the anti-zionist lobby of "exploiting" Dr Meyer, who he described as someone "who's got into a situation he doesn't understand".

"This is a propaganda exercise by Mick Napier and his friends, and nothing more. It's preposterous to compare Israel with Nazi tactics."

The lecture series, entitled Never Again - For Anyone, continues until January 30.