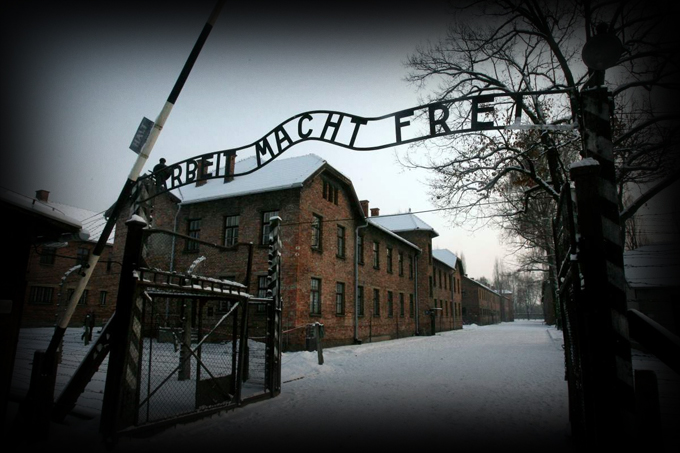 Youtube Description: Auschwitz - this is the infamous wartime camp in Poland where the Germans are said to have killed at least one million Jews in homicidal gas chambers, misusing the insecticide called "Zyklon B." Auschwitz has become a buzzword for the Holocaust. It is said to have been the epicenter of this mother of all genocides. Here, the Germans are said to have employed their engineering ingenuity in order to mass murder their helpless victims in an industrial fashion with the highest efficiency possible. First they were shoved into chemical slaughterhouses by the thousands, then their corpses were burned in rapid sequence in crematory ovens

But does that story stand up to scrutiny? This video looks into some of the common claims made by survivors about what happened at Auschwitz. Some of the questions asked in this context are:

Was it possible to fill the gas chambers with victims as it is claimed?
Would the Jews, supervised only by other Jews, have cooperated in their own mass slaughter?

What doors were used to lock in 2,000 Jews struggling for their lives?
How efficient was the cremation process really?

How many Auschwitz inmates left the camp alive to tell the world what they had seen?

This video gives the answers to these and to other questions, backed-up by documents and expert testimony. The results are astounding, if not to say: shocking. The discrepancies between survivor claims on the one hand and technical as well as physical reality on the other hand reveal the surprising truth about Auschwitz, which is not what most people think it is.

Watch this video, and you'll see the world around you with different eyes!

Note: This video has been peer-reviewed by two leading experts on the Holocaust in order to ascertain the accuracy of its contents. It includes a written appendix with sources and a written discussion of issues omitted or merely briefly touched upon in the movie.

Nicholas Kollerstrom - Breaking the Spell, The Holocaust Myth and Reality