Jul 16, 2012 Source: timescolonist.com
The head of private security firm G4S said on Saturday his firm only realized just over a week ago it would not be able to supply enough venue guards for this month’s London Olympics, as he publicly apologized for the embarrassing failure.

The day after G4S said it would incur a loss of up to 50 million pounds ($77.7 million), its chief executive, Nick Buckles, hit the airwaves and TV studios to express remorse for the problem which has forced the British government to put 3,500 extra troops on standby to fill the gap.

"We are bitterly disappointed and we certainly are very sorry for what’s happened over the last week or two," Buckles told BBC TV. 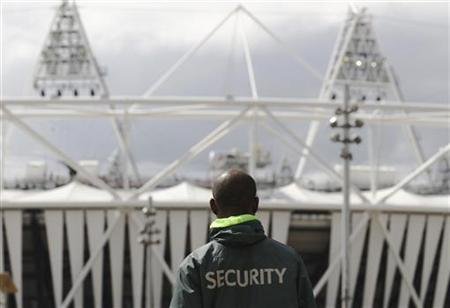 A security guard walks towards the Olympic Stadium in the London 2012 Olympic Park at Stratford in London July 13, 2012. REUTERS/Luke MacGregor

On Thursday, the government said it would deploy additional troops after it became clear G4S was unlikely to provide the expected 10,400 guards it was contracted to do because of problems processing applicants.

Buckles said the FTSE 100-listed company, whose shares have fallen in the past 24 hours to their lowest level for almost a month, realized there would be a shortfall only "eight or nine days ago."

"Clearly we aren’t going to deliver on our element [of the security operation] and we’re very, very disappointed about that and embarrassed," he said.

He said at the moment they had 4,000 trained guards in place with another 9,000 in the pipeline.

The failure has dominated news headlines in Britain with the Games starting in less than two weeks, on July 27, and many of those recruited by G4S have contacted the media to say the recruitment and training process had been a shambles.

"They have been hiding behind a ’need-to-know basis’ and saying they do not want to tell people what is happening because it is a security threat," a would-be

"But, in essence, they just do not know."

Security has always been a major issue for organizers and a source of great concern for the government.

In July 2005, the day after London was announced as the venue for the 2012 Olympics, four young British Islamists carried out suicide bomb attacks on the capital, killing 52 people.

The security operation is the biggest planned in peacetime in Britain, and the government, the London 2012 organizers LOCOG and G4S say they are still confident there will be sufficient measures in place to protect athletes and spectators.

As part of this, restrictions on the airspace over London and much of southeast England were brought in on Saturday, with fighter jets on standby to shoot down any rogue aircraft should it be deemed necessary.

"I think together [with the military] we certainly are going to provide a safe and secure Games," said Buckles, who has been summoned to give evidence to parliament this week explaining how the crisis was allowed to happen.

Penalties included in G4S’s contract, worth an estimated 284 million pounds ($441 million), and paying for the extra military involvement, will now cost the firm between 35 million and 50 million pounds.

"After the Games are over there are hundreds of questions to be asked and answered about how this situation arose," said Tessa Jowell, Olympic spokeswoman for the opposition Labour Party.

"With less than two weeks to go, the focus now has got to be on nailing this down and ensuring the integrity and resilience of the security plan."

About 23,000 security guards were due to protect venues, providing airportstyle checks to search and screen spectators, handle queue management and protect the perimeters.

A call-up of the additional 3,500 troops would take the armed forces tally at the Games to 17,000, more than the 9,500 currently deployed in Afghanistan. 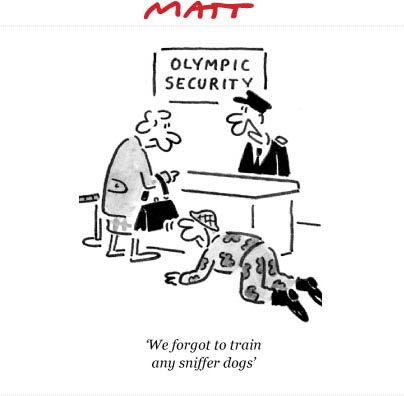