Boston suspect was under FBI surveillance

The idea that the Boston Bombing supects, Tamerlan and Dzhokhar Tsarnaev, may have been known to the FBI is probably the least surprising bit of information to come out of this chaotic narrative.

Reports are suggesting the suspects were ’on the radar’ of the FBI, and then subsequently were not - this echoes back to information that came out about the alleged 9/11 hijackers, or even that of the ’Underwear Bomber’. There is evidence saying that not only were these guys watched and ’handled’ by security agencies, they might have been working FOR the agencies:

Were U.S. and Allied Intelligence Agents Acting As the Hijackers’ Handlers?

’Underwear bomber’ was working for the CIA

The video below lays out connections between Timothy McVeigh (Oklahoma City Bombing) and government agencies. It also highlights evidence of multiple devices/explosives being found and detonated by officials, but then later the existence of those extra devices being denied - much like in the Boston Bombing case:

Further, the same relationship existed between informant Emad Salem and his FBI handlers in the 1993 bombing of the World Trade Center:

The FBI Allowed the 1993 WTC Bombing to Happen

In all, there are more common threads connecting these events than not. To many, this repeating situational pattern screams False Flag Operation.
Perhaps lessons have been learned since September 11th, and the silence and ’delay’ in locating suspects in the Boston bombing was due to the Pentagon, FBI, and CIA cross referencing to ensure they don’t blow the cover off each other’s ops.

Boston suspect was under FBI surveillance
By Timothy Heritage | Reuters 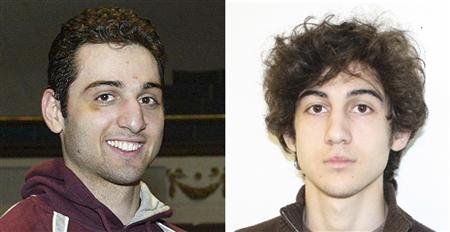 One of the two ethnic Chechens suspected by U.S. officials of being behind the Boston Marathon bombings had been under FBI surveillance for at least three years, his mother said.

Zubeidat Tsarnaeva told the English-language Russia Today state television station in a phone interview, a recording of which was obtained by Reuters, that she believed her sons were innocent and had been framed.

Tamerlan Tsarnaev, 26, was killed in a shootout with police and his 19-year-old brother Dzhokhar was captured after a day-long manhunt.

"He (Tamerlan) was ’controlled’ by the FBI, like, for three to five years," she said, speaking in English and using the direct English translation of a word in Russian that means monitored.

"They knew what my son was doing, they knew what sites on the Internet he was going to," she said in what Russia Today described as a call from Makhachkala, where she lives in Russia’s Dagestan region after returning from the United States.

Tsarnaeva echoed the boys’ father, Anzor, who said on Friday that he believed they had been framed. Both suggested in separate interviews that the FBI had made no secret of the fact that at least one of the brothers was being watched.

"I do not believe that my sons could have planned and organized the terrorist act, because they knew U.S. national security services were keeping an eye on them," Anzor Tsarnaev told Russia’s Channel One television.

"They (the security services) said ’We know what you eat, what you read on the Internet’," he said, without making clear how the security officers had made contact.

In her interview with Russia Today, Tsarnaeva suggested FBI officers had visited her home when she still lived in the United States and told her that Tamerlan "was really an extremist leader and that they were afraid of him."

U.S. government officials have said the brothers were not under surveillance as possible militants.

But the FBI said in a statement on Friday that in 2011 it interviewed Tamerlan at the request of a foreign government, which it did not identify.

It said the matter was closed because interviews with Tamerlan and family members "did not find any terrorism activity, domestic or foreign".

Read the full article at: yahoo.com 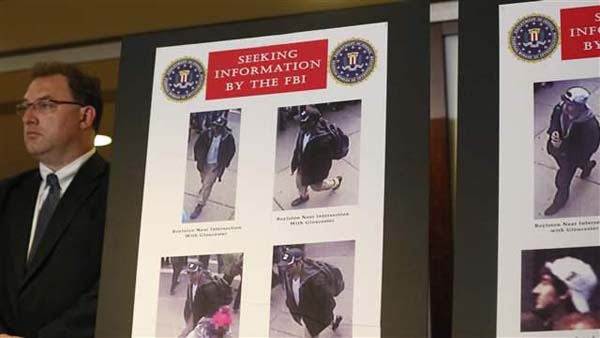 Russian officials warned the FBI in 2011 that alleged Boston Marathon bomber Tamerlan Tsarnaev may have subscribed to the teachings of "radical Islam," according to the Boston Globe. Tamerlan, who was killed in a shootout with police early Friday morning, is thought to have been the mastermind of the attack that killed three people and wounded about 170. His younger brother, Dzhokhar, who was taken into custody Friday night, remains in serious condition and unable to communicate at a Boston hospital.

While he was living in the U.S., Tamerlan traveled to Russia several times and stayed there for several months in 2012. "Suspicious activities" on his part caught the attention of Russian authorities who were monitoring militant Islamic groups in the Caucasus region in early 2011, the Globe reports. After receiving the warnings, the FBI interviewed the Tsarnaev family but found no ties to terrorism.

"The FBI had this guy on the radar and somehow he fell off," a senior congressional aide with ties to the Boston Marathon investigation told the Globe.

Read the full article at: seattlepi.com