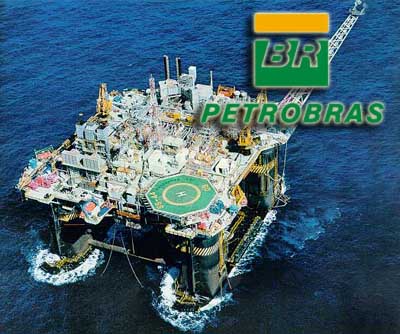 Environmentalists and human rights activists in Brazil are demanding clarification of the murder of Paulo Santos Souza, a fisherman and trade unionist who was fighting irregularities in the construction of a gas pipeline for Petrobras.

The Associação dos Homens do Mar (AHOMAR – the fishermen’s union) for which Santos Souza was the treasurer, and other unions and civil society groups have called for a demonstration Wednesday in front of the headquarters of the state oil firm Petrobras, in Rio de Janeiro.

They are also demanding the interruption of work on a natural gas pipeline being laid some 60 kilometres from Rio de Janeiro, following reports of environmental permit irregularities and damages caused to flora and fauna in the mangrove swamps of Guanabara Bay.

The gas pipeline is part of the Liquefied Gas and Oil Project (GLP) carried out in the framework of the Accelerated Growth Programme (PAC) embarked on by the government of President Luiz Inácio Lula da Silva.

Construction of the future Petrobras Petrochemical Complex (COMPERJ) is in the hands of a consortium, GLP Submarino, made up of the Oceânica Engenharia and GDK S.A. companies.

The head of AHOMAR, Alexandre Anderson, said that the engineering works, which began in late March, have particularly harmed fishing, which has declined by 70 percent since that time.

Although the union will not say outright that the two are connected, it says it is a remarkable coincidence that its treasurer was killed on May 22, the same day that the Environment Secretary of the municipality of Magé blocked the work on the gas pipeline because it lacks the necessary environmental permit.

"Last week we complained to the head of Petrobras that armed men present at the work site were making threats, and that lives were at risk, and just hours later our companion was killed," Ronaldo Moreno of the Oil Industry Workers' Union (SINDIPETRO) told IPS.

Santos Souza, 44, was murdered on the night of May 22 by three men who burst into his house in Magé, beat him up in front of his family, dragged him out into the street and shot him five times in the head.

The unidentified men fled the scene in a car with no licence plate. According to Santos Souza's family, before they killed him they interrogated him, asking him about documents belonging to the fishermen's union.

The murder was committed after several members of AHOMAR, including the treasurer himself, had received death threats, Anderson told IPS. Anderson himself escaped unharmed from an attempt on his life on May 1, when two men fired at him four times from the area near the gas pipeline works.

IPS contacted the Petrobras press office, asking for a comment on what the trade unionists had said, and was told that the fisherman's death was a police matter.

As for the alleged irregularities in the pipeline works, the Petrobras spokesperson said IPS should consult the consortium made up of Oceânica Engenheria and GDK S.A., which is in charge of the project.

In an official communiqué sent to IPS, the GLP Submarino consortium said it "sees no reason to comment" on Santos Souza's death, "except to deeply regret what has happened and express its condolences to his family."

It added that AHOMAR had previously held protests against the gas pipeline works at Mauá beach, in Magé. "On that occasion the consortium's position was strictly within the law, resorting to judicial means to guarantee the works in progress and the safety of its workers and its assets," it said.

Finally, the consortium said it "repudiates in the strongest possible terms the attempts - frequently sheltered behind a comfortable anonymity - to link it with such a vile act."

Moreno, of the oil workers' union, reiterated that Petrobras had been told "that the situation was serious, and that it had to take urgent measures."

Anderson said the fishermen's union preferred "not to speculate, but we are very worried because we've been threatened ever since we started to protest against the damages to the fauna and flora of Guanabara Bay because of the work on the petrochemical complex.

"We have always been threatened whenever we exert pressure and fight for our rights," the president of the fishermen's association told IPS over the phone. He and his family are in hiding to avoid further reprisals.

Moreno said "there is a great deal of uneasiness, and we think there may be more killings." He added that SINDIPETRO has also complained about the outsourcing of the gas pipeline work by Petrobras, and the lack of guarantees and safety conditions for workers that this entails.

SINDIPETRO and AHOMAR took part in a May 16 demonstration against the gas pipeline that was violently put down by the police, Moreno said.

The authorities confiscated fishing nets and four fishing boats from fisherfolk who participated in the protest, in an "unusual and exaggerated" display of strength that included the use of helicopters, Moreno said.

The fishermen say that since Petrobras started work on the gas pipeline, right where they used to cast their nets, they have not been able to fish.

Anderson estimated that the catch is down by 70 percent for the fisherfolk of the region, whose small-scale activity carried out in rowboats supports some 3,000 families.

"Now it's practically impossible to fish in this area. Many fisherfolk are experiencing financial hardship and have had to take up other occupations," Anderson said.

The fisherfolk make their living mainly by catching bass and shrimp.

After the death threats were made, the situation was being closely monitored by the Human Rights Commission of the Rio de Janeiro state parliament, and the Magé police were carrying out an investigation.

The chairman of the Commission, lawmaker Marcelo Freixó of the Socialism and Freedom Party, told the local press that it is unlikely that the murder is unrelated to the protests.