A bio-art project to create bulletproof skin has given a Utah State researcher even more hope his genetically engineered spider silk can be used to help surgeons heal large wounds and create artificial tendons and ligaments.

Researcher Randy Lewis and his collaborators gained worldwide attention recently when they found a commercially viable way to manufacture silk fibers using goats and silkworms that had spider genes inserted into their makeup.

Spider silk is one of the strongest fibers known and five times stronger than steel. Lewis’ fibers are not that strong but much stronger than silk spun by ordinary worms.

With Lewis’ help, Dutch artist Jalila Essaidi conducted an experiment weaving a lattice of human skin cells and silk that was capable of stopping bullets fired at reduced speeds.

"Randy and I were moved by the same drive I think, curiosity about the outcome of the project," Essaidi said in an email interview. "Both the artist and scientist are inherently curious beings."


Video from: YouTube.com
"...this finding will lead to better and stronger skin grafts for surgery patients."
What about the obvious military uses for this?

Lewis thought the project was a bit off the wall at first, Essaidi acknowledged.
"But in the end, what curious person can say no to a project like this?" she said.

Essaidi, who used a European genetics-in-art grant to fund her project at the Designers & Artists 4 Genomics Awards, initially wanted to use Lewis’ spider silk from goats to capitalize on the "grotesque factor" of the mammal-spider combination. 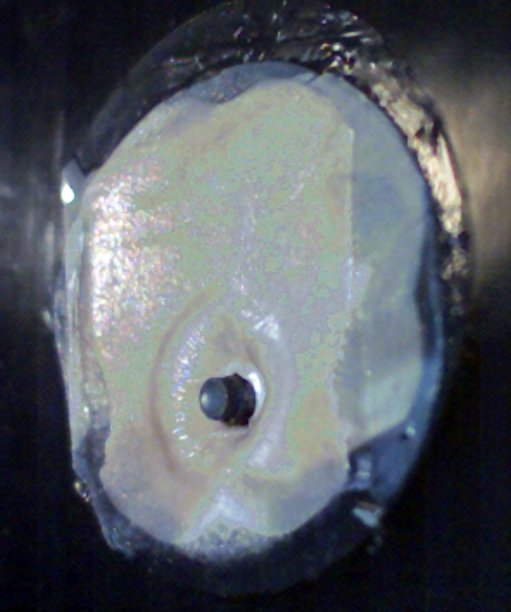 High-speed camera image provided by Jalila Essaidi shows a .22 caliber bullet hitting but not breaking the “bulletproof” skin created by Dutch artist Jalila Essaidi with the help of Utah State research Randy Lewis. Lewis supplied the silk threads from a genetically engineered silk worm that Essaidi weaved into a lattice of human skin cells to create a layer that was capable of repelling a bullet. (AP Photo/Jalila Essaida) 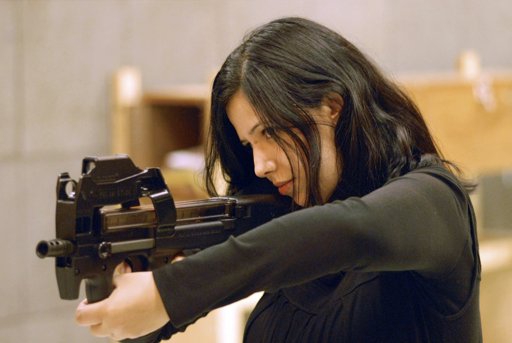 Essaidi points a gun at a target. (AP Photo/Courtesy Jalila Essaida)
But Lewis didn’t yet have enough of the spider goat silk to send hundreds of yards to Essaidi. So he sent her spools of silk from silkworms he had genetically engineered in a fashion similar to the goats.

Essaidi initially intended to fire .22 caliber bullets at the "skin" stretched in a frame. But she decided to place the "skin" on a special gelatin block used at the Netherlands Forensic Institute.

Using a high-speed camera, she showed a bullet fired at a reduced speed piercing the skin woven with an ordinary worm’s silk But when tested with Lewis’ genetically engineered worm’s silk grafted between the epidermis and dermis, the skin didn’t break. Neither was able to repel a bullet fired at normal speed from a .22 caliber rifle.

"We were more than a little surprised that the final skin kept the bullet from going in there," Lewis said of the tests at reduced speed. "It still ended up 2 inches into the torso, so it would not have saved your life. But without a doubt the most exciting part for us is the fact that they were able to recreate the skin on top of our fibers. It’s something we haven’t done. Nobody has worked in that area."

Essaidi was intrigued by the concept of spider silk as armor, and wanted to show that safety in its broadest sense is a relative concept, hence bulletproof.

"If human skin would be able to produce this thread, would we be protected from bullets?" she wondered on her blog. "I want to explore the social, political, ethical and cultural issues surrounding safety in a world with access to new biotechnologies." 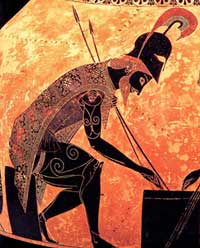 She said it is legend that Achilles was invulnerable in all of his body except for his heel.

"Will we in the near future due to biotechnology no longer need to descend from a godly bloodline in order to have traits like invulnerability?" she asked.

Lewis downplayed the potential bulletproof applications of his research.
"I certainly would not discount that, but I don’t see that as a tremendous application at the moment," he said.

He said bulletproof vests already exist. But being able to grow cells and use the material to replace large amounts of human skin could be significant for surgeons trying to cover large wounds, or treat people with severe burns.

He said the material’s strength and elasticity would enable doctors to cover large areas without worrying about it ripping out - a big advantage over small skin grafts.

Lewis couldn’t give a time frame for such a use because it would require FDA approval. But he hoped to do some animal testing within two years, and noted spider silk already has proven very compatible with the human body.

The next step is to generate more material to test what cells will grow on it - made easier with the "transgenic" silk worms and milk from goat spiders.
The real stuff is still the holy grail for fibers and textiles but not the easiest to come by as evidenced by an 11-by-4 foot tapestry unveiled two years ago at the New York Museum of Natural History that took millions of spiders to complete.

"We know some skin cells will grow (on our fibers), but can we get cells that make ligaments and tendons grow," Lewis said.
He said it may be easier to use the genetically engineered silk to make materials better than actual ligaments or tendons.

Essaidi, meanwhile, said she has plenty of wild ideas but wants to transplant the bulletproof skin.

She said Geert Verbeke, director of Verbeke Foundation in Belgium, the biggest Eco/BioArt museum, wants to wear the skin "as an ode to BioArt."
Back at Utah State’s bio-manufacturing facility in Logan, Utah, Lewis just started breeding for the next round of milking in January. He has about three dozen of the genetically engineered goats. He extracts proteins from the special milk then spins them in a way that replicates the spider’s method, resulting in a strong, light-weight fiber.

"Nothing is as strong as the natural fiber, yet," Lewis said of spider silk. "But we are working on solving that problem." 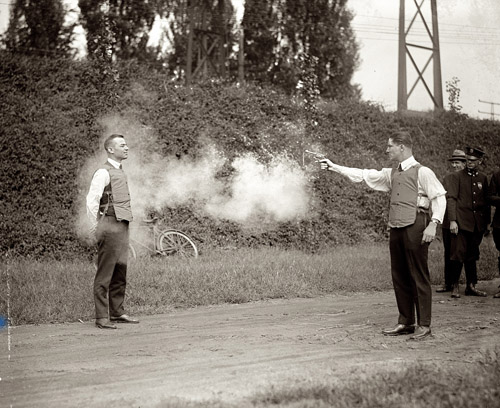