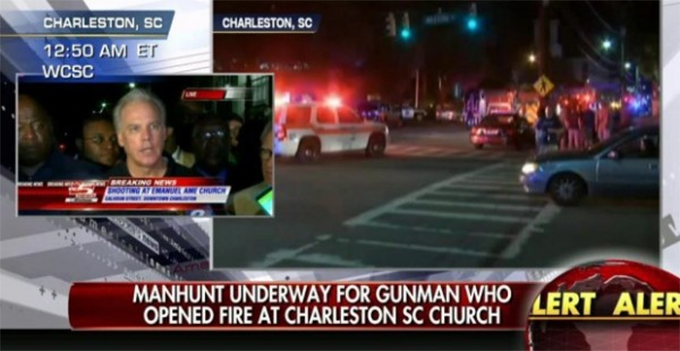 Liberals reacted to the tragic shooting at an Episcopal Church in Charleston last night by calling for an immediate gun ban in order to disarm all white people.

Police are still on the hunt for a 21-year-old slender, clean shaven white suspect who opened fire on a bible study group at the Emanuel African Methodist Episcopal Church, killing nine people before fleeing the scene. (D.C Clothesline Editor's Note: The Post and Courier is reporting that a suspect has been arrested.)

One of the victims included Rev Clementa Pinckney, a state senator and pastor.

The incident is already being exploited by liberals to push their twin agendas of gun control and racial division, with many advocating that a total gun ban targeting only white people be immediately enacted.

Comedian Rohan Joshi, who has 395,000 Twitter followers, reacted to the shooting by calling for the NRA to be designated a terror organization and for hateful “crazy white people” to be disarmed. 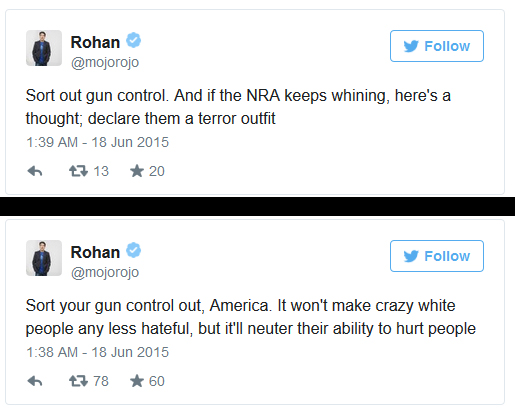 Other Twitter users agreed that a total gun ban on white people was the only reasonable response.

Innumerable others called for new gun control measures that would criminalize the Second Amendment. 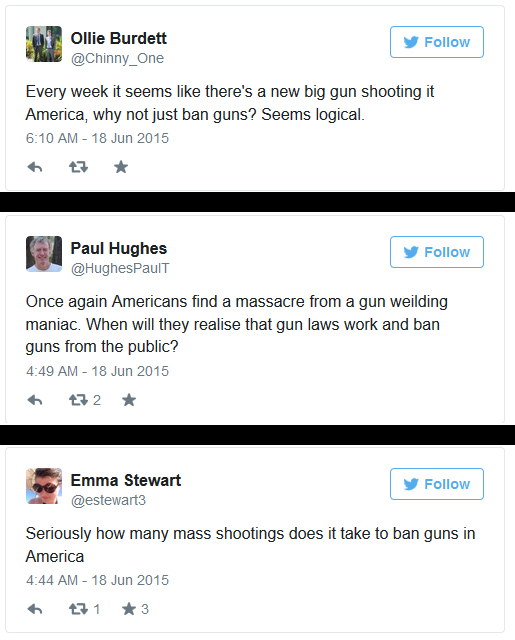 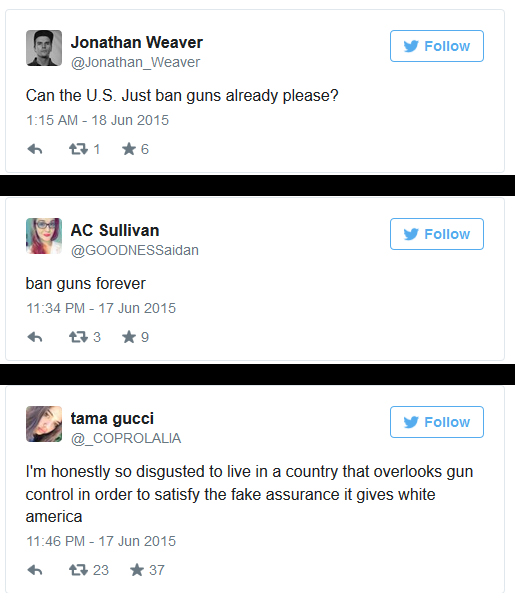 The fact that black people are responsible for half of all homicides in the United States despite making up only 13% of the population would seemingly dispel the notion that disarming only white people makes any kind of sense.

Despite being outnumbered by whites five to one, blacks commit eight times more crimes against whites than vice-versa, according to FBI statistics from 2007. A black male is 40 times as likely to assault a white person as the reverse.

Figures in other countries show a similar trend, with half the victims of racial murders in the United Kingdom being white.

Incidents involving hate crimes, including murders, where the perpetrator is black and the victim is white are almost universally ignored by the mainstream media.

Law abiding blacks should not be made to feel guilty for disproportionately high black homicide rates, but by the same token law-abiding whites should not be blamed for events like the Charleston shooting.