Dec 24, 2012 Source: theweathernetwork.com
To millions of people, the Christmas tree is a cheerful sight. To scientists who decipher the DNA codes of plants and animals, it’s a monster. 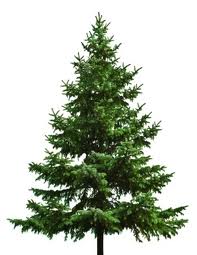 We’re talking about the conifer, the term for cone-bearing trees like the spruce, fir, pine, cypress and cedar. Apart from their holiday popularity, they play big roles in the lumber industry and in healthy forest ecosystems.

Scientists would love to identify the billions of building blocks that make up the DNA of a conifer. That’s called sequencing its genome. Such analysis is a standard tool of biology, and doing it for conifers could reveal genetic secrets useful for basic science, breeding and forest management.

But the conifer genome is dauntingly huge.

In recent months, however, scientific teams in the United States and Canada have released preliminary, patchy descriptions of conifer genomes. A Swedish team plans to follow suit soon in its quest for the Norway spruce.

"The world changed for conifer genetics,’’ said David Neale of the University of California, Davis. It’s "entering the modern era.’’

What happened? Credit the same technological advances that have some doctors predicting that someday, people will have their genomes sequenced routinely as part of medical care. The technology for that has gotten faster and much cheaper.

"Until just a few years ago, the idea of sequencing even a single conifer genome seemed impossible,’’ said John MacKay of the University of Laval in Quebec City, who co-directs a multi-institution Canadian project that’s tackling the white spruce.

How big is a conifer genome? Consider the towering Christmas tree at Rockefeller Center in New York City. It’s a Norway spruce, so its genome is six times bigger than that of anybody skating below it. Other conifer genomes are even larger.

Nobody expects a perfect, finished conifer genome anytime soon. MacKay and others say that reaching that goal would probably require further advances in technology. But even partial versions can help tree breeders and basic scientists, researchers say.

For breeders, "genomes can really help you speed up the process and simply do a better job of selecting trees, if you understand the genetic architecture of the traits you want to breed for,’’ MacKay said.

The prospect of climate change brings another dimension. As forest managers select trees to plant after a fire or tree harvesting, genetic information might help them pick varieties that can adapt to climate trends in coming decades, Neale said.

It’s all about "giving them a tree that will be healthy into the future,’’ he said.

To sequence a genome, scientists start by chopping DNA into small bits and let their machines sequence each bit. That’s the part that has become much faster and cheaper in recent years. But then comes the task of re-assembling these bits back into the long DNA chains found in trees. And that is a huge challenge with conifers, because their DNA chains contain many repeated sequences that make the assembly a lot harder.

As a result, conifers present "these large regions I think we will never be able to piece together’’ with current technologies, said Par Ingvarsson of Umea University in Sweden, who is leading the Norway spruce project.

Will scientists develop new technologies to overcome that problem?

"You should never say never in this game,’’ Ingvarsson said.

This year, Neale’s group presented partial results for the genome sequence of loblolly pine, based on DNA extracted from a single pine nut. It includes about a million disconnected chunks of DNA, and altogether it covers well over half the tree’s genome.

Read the full article at: theweathernetwork.com 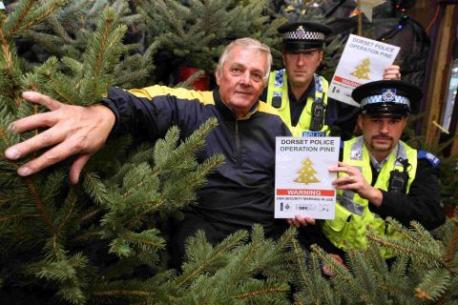 PC Simon Hallam, Safer Neighbourhood Officer from Verwood Police Station, says that every December, across East Dorset, Christmas trees are taken en masse to be sold on to unsuspecting customers.

However, after bringing together local garden centre owners to discuss the problems they face, he decided that something more needed to be done, and now nine local owners have signed up to Operation Pine.

He said: “We’ve got DNA kits, signs going up, increased patrols in the area, and tracking equipment which can be installed if needs be.”

He added: “Before, when this has happened, we have just been able to have increased patrols, but that isn’t enough.

“The thing is, when you look at the prices of real trees, the cost can run into thousands.

“Some places were even thinking of reducing the number of trees that they ordered in, so that fewer could be taken.”

Operation Pine includes the use of DNA security marking, an invisible liquid solution, which will be painted on to specially-selected trees, and can remain in place for two to three weeks.

The garden centre owners will place the marked trees out at night, when closed to the general public, and then, in the event, somebody picks one up, the solution would transfer on to their skin or clothing.

A police officer can then use a UV light to make it show up, when a suspected tree thief is questioned.

PC Hallam said: “As well as DNA security marking, we may consider planting tracking devices into some of the Christmas trees, which works through GPS using a phone signal, so that we could look up its location.