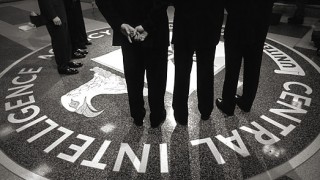 [...]Despite these token gestures, in the post-9/11 era the CIA — like the other state organs — has increased all its powers. It operates a full-blown shadow paramilitary outside of any semblance of legality or accountability for its crimes. In the nearly six years after 9/11, the Intelligence Oversight Board found exactly zero CIA violations worth investigation.

The CIA has also taken on tasks that the Pentagon did earlier, before the U.S. military was stalemated by resistance forces in Iraq and Afghanistan. It is now in charge of extrajudicial drone killings, dragnet surveillance on all domestic communications, and a kidnapping/torture regime that spanned 54 countries.

Recent revelations by government whistleblowers shine new light on the agency’s vastly expanded crimes over the past decade.

Last week, McClatchy Newspapers obtained top-secret intelligence documenting how “contrary to assurances it has deployed U.S. drones only against known senior leaders of al-Qaida and allied groups, the [Barack] Obama administration has targeted and killed hundreds of suspected lower-level Afghan, Pakistani and unidentified ‘other’ militants in scores of strikes in Pakistan’s rugged tribal area.”

Micah Zenko of the Council on Foreign Relations has reflected on the report, writing that it “plainly demonstrates that the claim repeatedly made by President Obama and his senior aides — that targeted killings are limited only to officials, members, and affiliates of al-Qaida who pose an imminent threat of attack on the U.S. homeland — is false.”

The CIA’s documented practice of “signature strikes” on unnamed targets based on secret “pattern of life analysis” has long contradicted claims from top Obama administration officials that drones only target specific individuals characterized as “senior operational” and “high-level al-Qaida leaders.” Last week’s report showcases just how extreme the agency’s ignorance of its drone targets is, however. Even after the fact, in many cases the CIA cannot determine whom it has killed, forcing it to rely on fuzzy categories like “other militants” and “foreign fighters.”

Such nebulous designations have allowed for the murder of three U.S. citizens without legal justification, as well as unnamed thousands in as many as six Muslim countries where these bombings have disrupted the lives of millions who must fear each day that their children may be murdered from the sky.

The newly revealed case of Nek Muhammad again highlights the rogue nature of the assassinations program. In its first-ever drone killing inside Pakistan, the CIA secretly bargained with Pakistan to kill Muhammad — a militant tribal leader and a Pakistani, but not a U.S., target — in exchange for permission to use Pakistani airspace for its own assassinations. Claiming “covert action authority,” the CIA arranged to never acknowledge drone strikes inside Pakistan while the Pakistani government “would either take credit for individual killings or remain silent,” choosing the former option in Muhammad’s case. The agency has applied similar reasoning in its refusal to disclose in federal courts whether or not the drone program even exists.

The extreme veil of secrecy over which all CIA activities, and drone killings, in particular, are draped leads to a toxic unaccountability when crimes are uncovered. The contractual shelling of Muhammad’s compound in 2004 also killed several others, including two boys aged 10 and 16. CIA internal reports show a single civilian casualty in an April 2011 strike that actually killed “five women and four children,” after which John Brennan — Obama’s “assassinations czar” and newly confirmed CIA director — knowingly lied to the public to claim zero civilian drone casualties had ever occurred.

Throughout its history, the CIA has treated civilian populations as legitimate targets who could become “collateral damage.” A recent episode with still stinging repercussions was the plot to assassinate Osama bin Laden, an operation disguised as a polio vaccination campaign in one of the three countries that never eradicated polio.

Hundreds of thousands of Pakistani children now face the risk of exposure in a deeply suspicious climate that has already seen a dozen polio vaccinators assassinated in retaliation. Pakistanis still hold bitter resentment over the case of Ray Davis, a CIA contractor and ex-Blackwater mercenary who killed three men on the streets of Lahore before forcing the victims’ families to accept “blood money” and then fleeing the country.

Complementing the CIA’s growing illegality and inhumanity has been the Obama administration’s unprecedented crackdown on the government whistleblowers who are supplying us with what little we do know about the agency’s abuses. As the CIA continues to destroy communities abroad, democratic rights within the U.S. wilt under the weight of unparalleled surveillance and censorship.

Read the full article at: workers.org