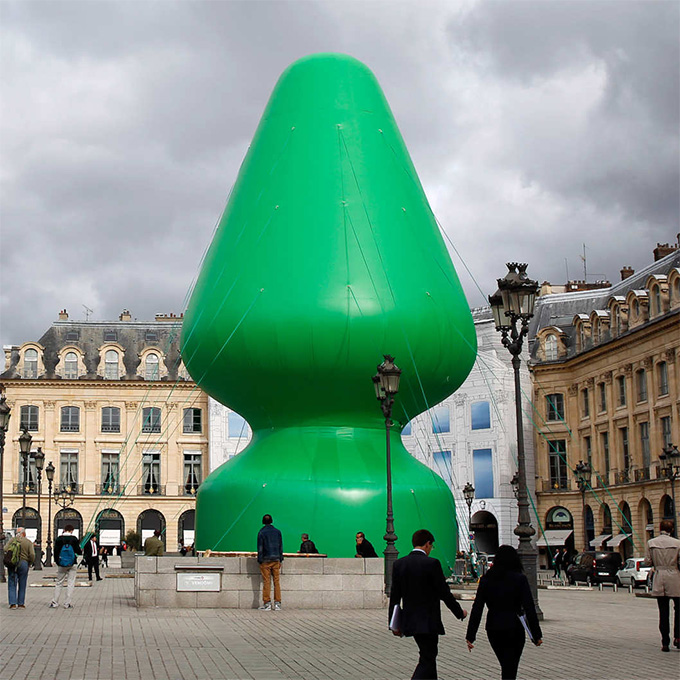 The performance art of Emma Sulkowicz is only the latest example in the long decline of Western art. Her recent failed effort at amateur pornography, entitled Ceci N’est Pas Un Viol in a sad attempt to make it sound sophisticated, was done under her own auspices.

But her earlier classic of “endurance performance art,” Carry That Weight, where she hauled a 50-pound dorm mattress around as she attended class, was sponsored by Columbia University as her senior thesis for her visual arts degree.

But Sulkowicz’s sophomoric attention whoring is only the tip of the iceberg. Contemporary art as a whole is ugly, narcissistic, puerile, and degenerate—in other words, it is a perfect indicator of the health of Western culture.

Art in a healthy society

Art is not utilitarian. The primary purpose of art is to be beautiful—to lift up the soul. Classical Greek sculpture and architecture are good examples of this. The statues of that period capture the ideal human figure while buildings, such as the Parthenon, reflect the order of the universe.

Of course, there are other reasons why people create art. Sometimes art is didactic, as in the case of the stained glass windows of the medieval cathedrals. These windows depicted scenes from the bible and the lives of the saints as a way of teaching illiterate people about the Christian faith.

At other times, art may have a political message. An example of this is the Medici Chapels in Florence. These exquisite monuments proclaim the wealth and high culture of the Medici family. 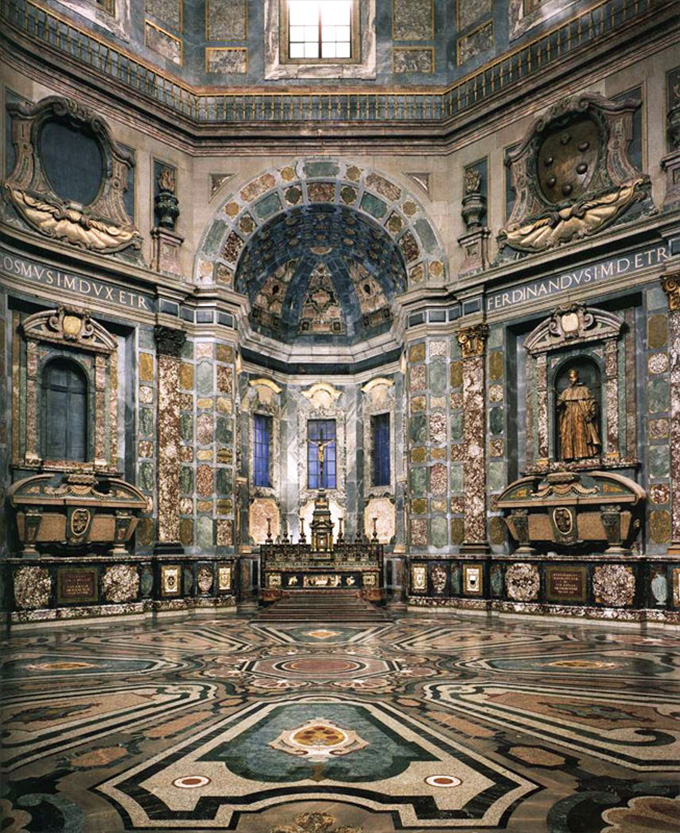 But even with these examples, the primary purpose of these works is still beauty. The stained glass windows are beautiful even apart from the biblical events that they depict. A modern day visitor to the Medici Chapels who knows nothing of that powerful family will still find the Chapels awe-inspiring.

So in a healthy society, art is not used primarily as vehicle to convey some political message or to be used as propaganda.

The beginning of the decline of Western art 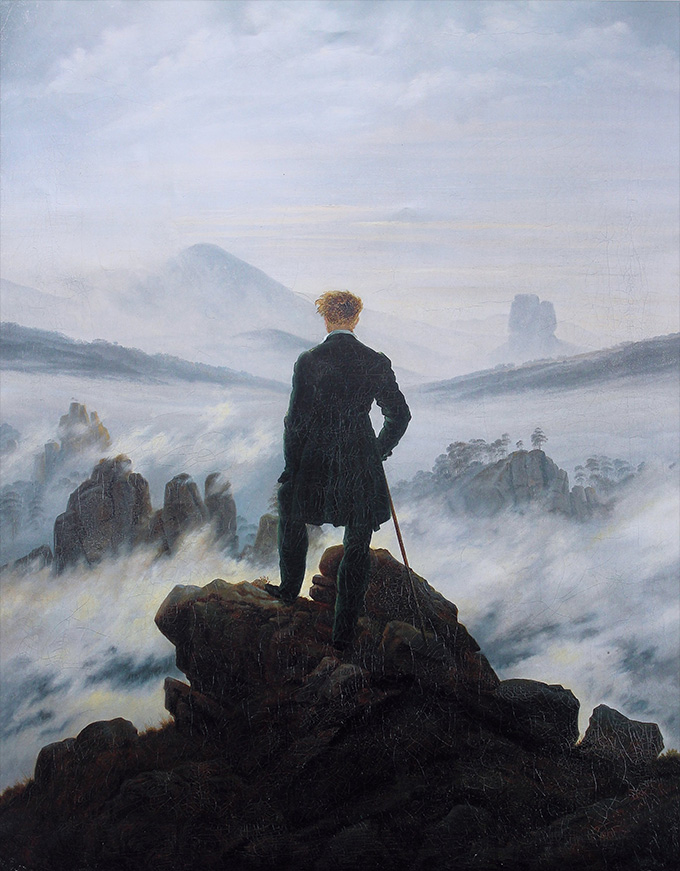 Caspar David Friedrich – Wanderer Above the Sea of Fog

It is difficult to pinpoint exactly when art started to decline. My own guess is that the decline had its roots in Romanticism, an artistic movement that originated in the late 18th century and ended around 1850. The Romantic period emphasized the originality, emotion, and individualism of the artist.

At first glance, these do not seem to be bad values, but they set the stage for future degeneration. With originality, artists begin to feel the need to be completely unique. Each artist must represent a complete break with everything that came before him as well as his contemporaries. Introducing the emotion of the artist will eventually become making the art all about the artist’s feelings. 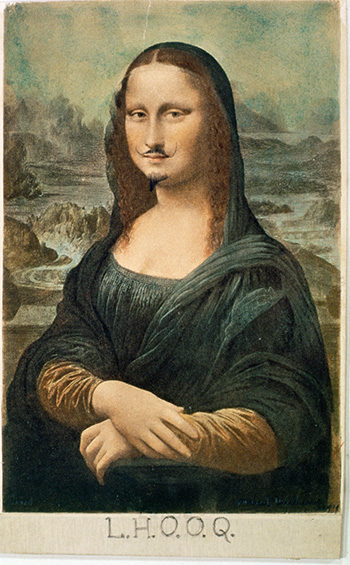 The art of the Romantic period is still beautiful and strangely powerful, but seeds planted during that period germinated in the 20th century with Dadaism movement, which may be best exemplified by the work L.H.O.O.Q. Although it was a small, avant-garde movement, Dada demonstrates that by the early 20th century, Western culture was already showing signs of exhaustion.

Fortunately, the Dadaism movement was short lived, but that doesn’t mean that Western culture suddenly became healthy again. On the contrary, if we look at what passes for art today, it is difficult not to think that our culture is in a terminal stage. 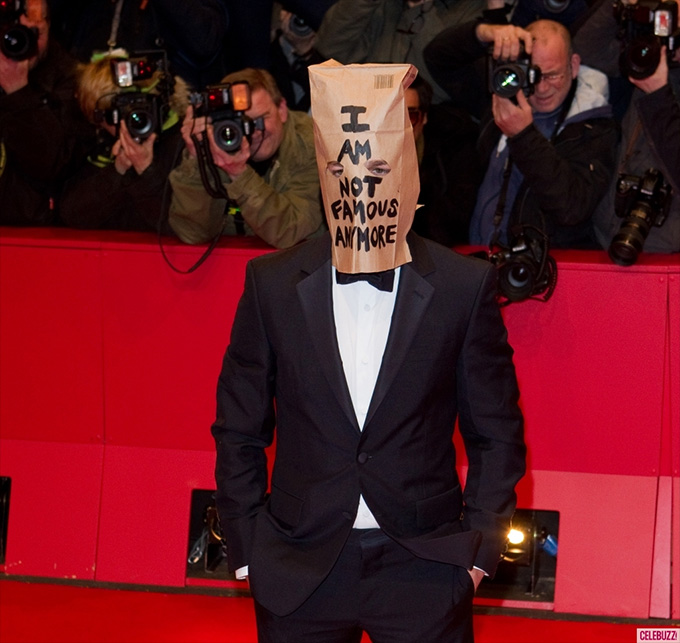 Shia LaBeouf – I Am Not Famous Anymore.

The most obvious offender against beauty and sanity is “performance art.” In addition to Emma Sulkowicz’s garbage, there are examples like actor Shia LaBeouf’s stunt at a Berlin film festival where he sat on a chair with a paper bag that said, “I’m not famous anymore,” over his head.

After it was revealed that LaBeouf had posted plagiarized Tweets, he staged another piece of performance art entitled #IAMSORRY. In the piece, LaBeouf sat in a room wearing a paper bag. Visitors were allowed to enter one at a time with something that might be humiliating to LaBeouf such as an Indiana Jones whip or a copy of a book that he lifted the Tweets from. 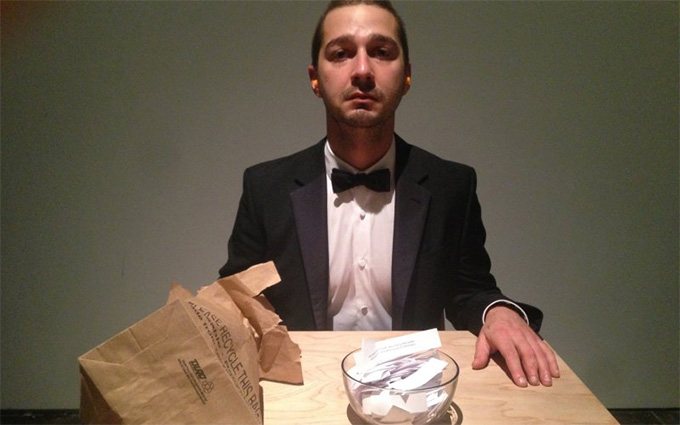 During one of these visits, LaBeouf claims he was raped. According to TMZ, a “woman walked into the private room — where he was having silent one-on-one interactions with fans—and whipped his legs for 10 minutes, then stripped off his clothes and ‘proceeded to rape’ him.”

LaBeouf and Sulkowicz are not alone. There are tons of other ridiculous examples of performance art. Literally anyone can do it as long as there is some “message.” This entertaining link has performance art that consists of a half-naked woman lying on the floor, a woman who screams at wine glasses, and a man in a colorful one-piece bathing suit who helps to awaken your inner child.

One of these artists (the half-naked woman) writes: