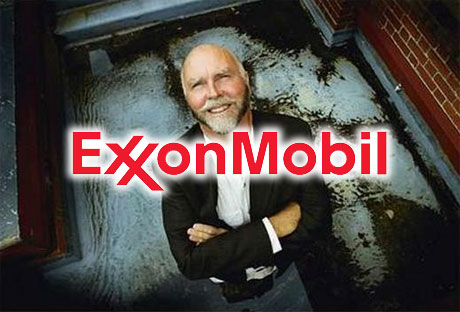 Check the related links below for much more on the "messianic figures" J. Craig Venter (JC no5).

Genome pioneer Craig Venter has teamed up with Exxon Mobil to turn living algae into mini oil wells. How will they do it?

Algae that can turn carbon dioxide back into fossil fuel - it sounds too good to be true. How is this going to work?

Algae use carbon dioxide to generate a number of oil molecules, via photosynthesis, as a way of storing energy. People have been trying to make them overproduce the oil and store it. We're changing the algae's gene structure to get them to produce hydrocarbons similar to those that come out of the ground and to trick them into pumping these hydrocarbons out instead of accumulating them. As other groups get CO2 sequestration techniques going, we'd like to take that CO2 and get the algae to convert it back into oil. The aim is to prevent it from further increasing carbon in the atmosphere.

How do you get from algae oil to oil you can put in a car or jet engine?

The next stage is to take the algae's biocrude, put it into Exxon Mobil's existing refineries, and try to make the same products that you get from oil that comes out of the ground. So the goal is to make gasoline, diesel fuel and jet fuel out of the same hydrocarbons we use now - just from a different source. Instead of pulling the carbon out of the ground we're pulling it out of the atmosphere.

How soon do you think that can happen?

There have been a lot of announcements from small demonstration projects claiming they're going to have major new fuels in one or two years. Our aim is to have a real and significant impact on the billions of gallons that are consumed worldwide. Materials used to make a vast range of products - clothing, carpets, medicines, plastics - come from oil. The goal is to try and replace as many of these as possible. The expectation is that doing it on this scale will take five to 10 years.

So will Exxon be producing nothing but algal power in 10 years' time?

I think that's highly unlikely. The real test is going to be how simply this can be produced so it can compete with oil prices. The challenge is not just doing it but doing it in a cost-effective fashion.

What makes you think that you, unlike anyone else, can do this?

Well, we've had some breakthroughs in terms of getting the algae to secrete pure lipids [oils] but I think the real trick is the partnership that we have - the financial resources we now have available to us and the engineering and oil-processing skills of Exxon.

Exxon has a poor reputation on climate-change issues. Won't partnering with them damage the project's green credentials?

Quite the opposite. I think the fact that the largest company in the world has gone in this direction after several years of study is good for all of us. I've said many times this change can't happen without the oil industry. They have a reputation for studying things for quite a while and acting in a large fashion once they become convinced of an approach. I don't see how it can be bad news if somebody makes a major change in direction for the benefit of the planet.
Profile

Craig Venter made his name sequencing the human genome. He is founder/CEO of Synthetic Genomics, which has begun a $600 million project with Exxon to transform the oil industry