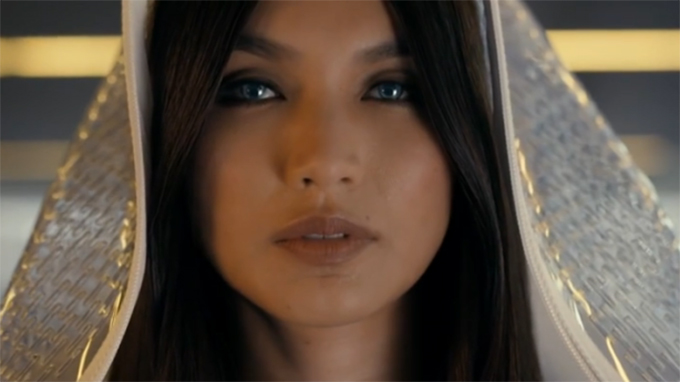 A robot has been created that is so life-like it fooled one-in-two people into thinking it was a real human.

But not only has the lifelike device been mistaken for a real person - she's also been deemed 'sexy' by those who have seen her.

Named Actroid F, the 5ft 6in machine looks like a human being, blinks, responds to eye contact and recognises body language.

Robots are being built that look more and more convincing so researcher Dr David Silvera-Tawil wanted to find out if Geminoid F can be told apart from an actual person.

Footage of this particular robot was originally released online in 2010, but recently viewers have been taking to YouTube to express their opinions on the life-like device, with many saying they find the doll 'sexy'.

One viewer wrote: "I wish they had these before I married my ex-wife."

But while some found the robot attractive, others were fearful and uncomfortable after being unable to tell whether the woman was real or not.

It turns out imagining being in front of an android and a human and not being able to identify which one is real really is a scary thought - which is why Hollywood has been tapping into the idea for decades.

The 1973 film Westworld depicted a fictional robotic tourist destination where, after a safety malfunction, the robots go on a killing spree.

From Terminator and Blade Runner to Transformers and Star Trek, fictional robots have thrilled and terrified moviegoers. But now they are becoming a reality.

The geminoid - so-called because it is an identical replica of humans and operates remotely - was developed by renowned robot designer Professor Yoshio Matsumoto at the National Institute of Advanced Industrial Science and Technology in Tokyo.

Dr Silvera-Tawil, a Mexican-born roboticist, said he also wanted to discover if the rapidly emerging industry would benefit from manufacturing androids despite frightening people or if it's better to continue with less life-like machines.

The Mexican-born robotocist, of New South Wales University, said once the experiment was carried out people's reactions and responses to questionnaires showed when they came into contact with geminoids they felt anxious, nervous and even fearful.

In the first experiment Actroid F and a person were seated next to each other - both wearing the same outfit - and a participant had five seconds to identify which one of the two was a real human.

The next part involved two humans sitting side by side - and roughly half the participants said they could not confirm who the robot was, said Dr Silvera-Tawil.

The investigation is not over and he said the next step is to study if a human being can get used to interacting with android geminoids in the long-term by reducing the fear and anxiety they produce.

In a strange coincidence some commenters have suggested that the female robot looks similar to a character in the recent BBC science fiction drama played by Gemma Chan.

Chan plays a servile 'synth' called Anita, who a family buy thinking she is brand new. She is in fact called Mia, and is a conscious synth who has been kidnapped and hacked with new software.