Ecological Apocalypse: Why Are All The Bees Dying? 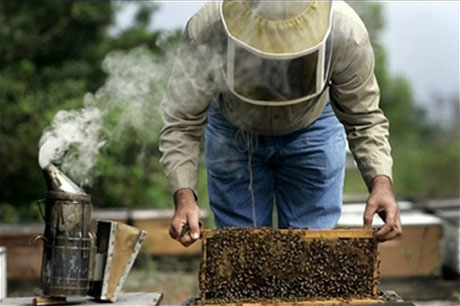 The alarming decline in bee populations across the United States and Europe represents a potential ecological apocalypse, an environmental catastrophe that could collapse the food chain and wipe out humanity. Who and what is behind this flagrant abuse of the eco-system?

Many people don't realize the vital role bees play in maintaining a balanced eco-system. According to experts, if bees were to become extinct then humanity would perish after just four years.

"If the bee disappeared off the surface of the globe then man would only have four years of life left. No more bees, no more pollination, no more plants, no more animals, no more man," said Albert Einstein.

Reports that bee populations are declining at rates of up to 80% in areas of the U.S. and Europe should set alarm bells ringing and demand immediate action on behalf of environmental organizations. Experts are calling the worrying trend "colony collapse disorder" or CCD.

"Bee numbers on parts of the east coast and in Texas have fallen by more than 70 percent, while California has seen colonies drop by 30 to 60 percent," reports AFP.

"Approximately 40 percent of my 2,000 colonies are currently dead and this is the greatest winter colony mortality I have ever experienced in my 30 years of beekeeping," apiarist Gene Brandi, from the California State Beekeepers Association, told Congress recently.

The article states that U.S. bee colonies have been dropping since 1980 and the number of beekeepers have halved.

Scientists are thus far stumped as to what is causing the decline, ruling out parasites but leaning towards some kind of new toxin or chemical used in agriculture as being responsible. "Experts believe that the large-scale use of genetically modified plants in the US could be a factor," reports Germany's Spiegal Online.

Bee populations throughout Germany have simultaneously dropped 25% and up to 80% in some areas. Poland, Switzerland and Spain are reporting similar declines. Studies have shown that bees are not dying in the hive, something is causing them to lose their sense of orientation so that they cannot return to the hive. Depleted hives are not being raided for their honey by other insects, which normally happens when bees naturally die in the winter, clearly suggesting some kind of poisonous toxin is driving them away.

"In many cases, scientists have found evidence of almost all known bee viruses in the few surviving bees found in the hives after most have disappeared. Some had five or six infections at the same time and were infested with fungi -- a sign, experts say, that the insects' immune system may have collapsed."

A study at the University of Jena from 2001 to 2004 showed that toxins from a genetically modified maize variant designed to repel insects, when combined with a parasite, resulted in a "significantly stronger decline in the number of bees" than normal. 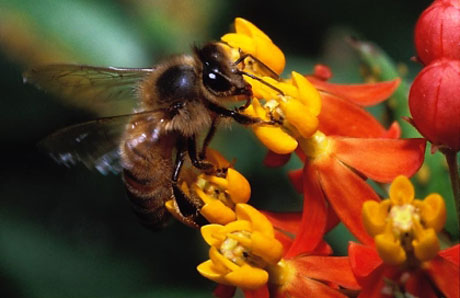 "According to Hans-Hinrich Kaatz, a professor at the University of Halle in eastern Germany and the director of the study, the bacterial toxin in the genetically modified corn may have "altered the surface of the bee's intestines, sufficiently weakening the bees to allow the parasites to gain entry -- or perhaps it was the other way around. We don't know."

Kaatz was desperate to continue his studies but funding was cut off.

While we are lectured by government to change our lifestyle and cough up more taxes for the supposed peril of man-made global warming, an environmental catastrophe that could eliminate the human race in the figurative blink of an eye is looming.

Why are major environmental groups and lobbyists ignoring this mammoth threat to our very existence? Where is Greenpeace?

The hyperbole surrounding man-made global warming is swallowing up all the attention while real dangers like the rapid die-off of bee populations and its link to GM food is largely shunned by governments and activist foundations.

Is it a stretch to hypothesize that government mandated spraying of crops with deadly chemicals as well as toxic substances contained in chemtrails could be part of a deliberate program to eliminate the bee population? Or is this just another example of big business flagrantly abusing the eco-system in order to drive up profits?

The elite have publicly stated their desire to significantly reduce world population on numerous occasions. Just yesterday we featured a story about a British Government Ministry of Defence report that postulated on the future use of bio-weapons to thin the human population in under 30 years.

Making bees all but extinct would be a swift and plausibly deniable method of enacting global population reduction long dreamed of by the maniacal sociopaths that control the world.

Either way, this issue represents an overwhelming threat to the food chain and an environmental crime of the highest order, for which the perpetrators need to be brought up on charges of accessories to genocide, and the chemicals responsible immediately banned.

Please circulate this article to environmental groups and demand they investigate who and what is killing our bees!