Jan 7, 2013 Source: bignewsnetwork.com
Archaeologists in Egypt uncovered about 8 million mummified animals during excavations of a dog catacomb in Saqqara about 19 miles from Cairo, officials said. 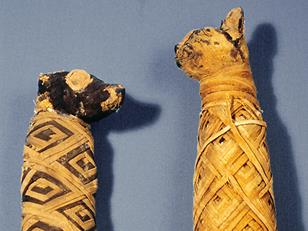 "We are recording the animal bones and mummification techniques used to prepare the animals," Salima Ikram, professor of Egyptology at the American University in Cairo, told Ahram Online. Saqqara features numerous pyramids and is an ancient burial ground.

Ikram and a team of international researchers led by Paul Nicholson of Cardiff University are working the site. 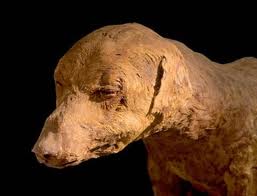 "We are trying to understand how this fits religiously with the cult of Anubis, to whom the catacomb is dedicated," she told the website.

Mummified dog spirits were believed to carry a person’s prayer to the afterlife, she said.

"The proximity of the catacombs to the nearby temple of Anubis, the so-called jackal or dog-headed deity associated with cemeteries and embalming, makes it likely that these catacombs are indeed for canines and their presence at Saqqara is to be explained by the concentration of other animal cuts at the site," Nicholson said.

The dog catacomb was discovered in 1897. 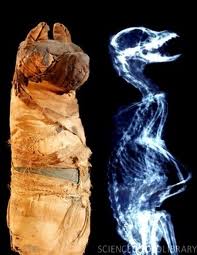