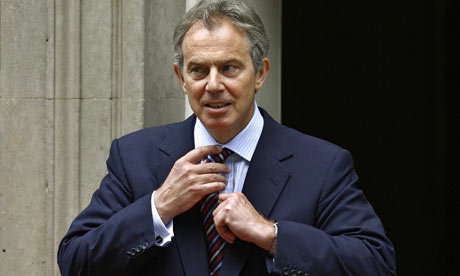 The mysterious computer hacker known only as Guccifer has once again supplied RT with a trove of presumed personal emails in which the private correspondence between some of the world’s most influential men is put under the looking glass. The hacker’s target is once again former Secretary of State Colin Powell, and this time the discourse dives into a topic rarely discussed: the annual summer retreat at California’s Bohemian Grove. 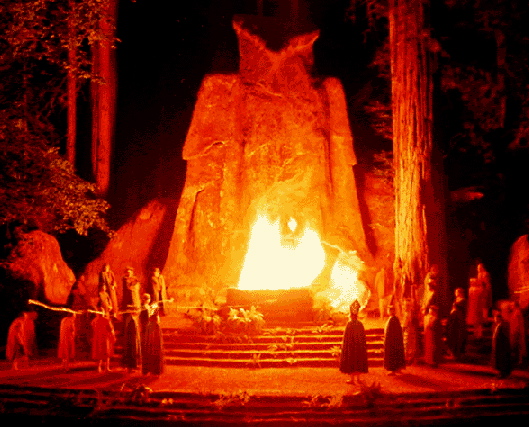 The few dozen emails forwarded to RT offer what appears on the surface to be little insight into Gen. Powell’s personal habits, but one email in particular referenced enough other well-known individuals that it couldn’t help but raise a red flag: in correspondence dated March 21, 2012, Knight asks Gen. Powell to have a few words with Mr. Blair about preparing for that year’s Bohemian Grove retreat, an annual gathering of the rich and powerful that has stayed so elusive for decades that countless documentaries and books have been written about the event — and journalists like Vanity Fair’s Alex Shoumatoff has even been arrested trying to infiltrate it.

According to the Sonoma County Free Press, the membership list of Bohemian Grove has included every Republican US president since 1923, as well as titans of the defense sector, banking tycoons and the CEOs of some of the largest corporations in the world. Spy Magazine linked the guest list with millionaires and billionaires from the likes of IBM and Bank of America, as well as leading politicians from Washington and abroad. And when Spy’s Philip Weiss snuck into the grove in 1989, he confirmed that attendees congregate at a shrine to an owl described as “40-foot-tall, moss-covered statue of stone and steel.”

Weiss adds that during the event’s middle weekend — the busiest session of the two-week gathering — he saw roughly 2,200 guests, all male, on the camp ground. Just last year, though, Powell was asked to ensure that Blair made it for that portion of the festivities. 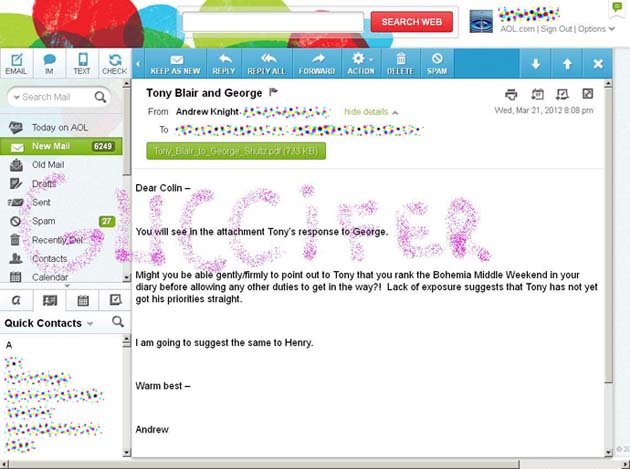 “Might you be able gently/firmly to point out to Tony that you rank the Bohemia Middle Weekend in your diary before allowing any other duties to get in the way?!” writes Knight, a journalist who currently serves as a director of billionaire Rupert Murdoch’s multinational News Corp, in the latest leaked emails. “Lack of exposure suggests that Tony has not yet got his priorities straight.”

Also included in the email is a PDF attachment — unavailable to RT’s reporters — said to include a response of sorts from Mr. Blair to George Shultz, a longtime member of Washington’s elite that worked as secretary of state underneath US Pres. Ronald Reagan in the late 1980s while Gen. Powell held the position of national security advisor. In his own right, Shultz has been associated with the secretive Bohemian Grove group for decades.

In the leaked emails, Knight says to Powell, “I’m going to suggest the same to Henry,” likely implying that the journalist was determined to make sure Mr. Kissinger — who served as secretary of state under Pres. Nixon and Ford, and before that was national security advisor himself — was preparing to attend last year’s event.

Tune into Red Ice Radio - Guests speak on Bohemian Grove, the dark ceremonies and the secret networking of the elite, and what it means to us: