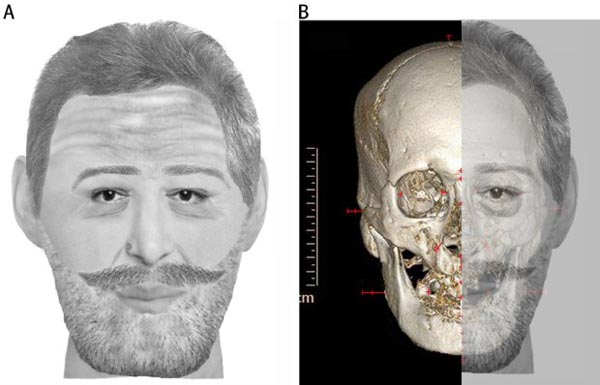 A team of scientists say they have positively identified an embalmed head, presumed lost in the chaos of the French Revolution, as that of King Henri IV of France who was assassinated in 1610.

The head was apparently lost after revolutionaries desecrated the graves of French kings in the royal basilica of Saint-Denis near Paris in 1793.

Few remains of those bodies have ever been found and positively identified since. 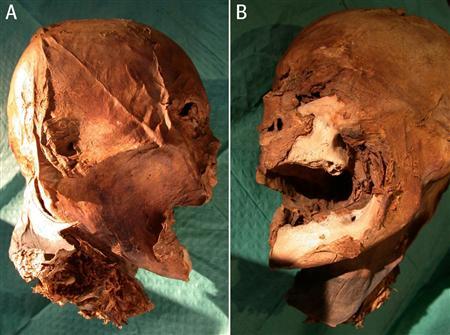 A two-way combo shows the mummified skull attributed to French King Henri IV in this handout photo released by the BMJ Group (British Medical Journal) December 15, 2010.
REUTERS/Gabet/Belet/Galaxy/BMJ/Handout
But a team of experts using advanced scientific techniques say they have conclusively identified the head, passed down over the centuries by private collectors, as that of the monarch.

Charlier said features consistent with those of the king’s face were found including "a dark mushroom-like lesion" near the right nostril, a healed facial stab wound and a pierced right earlobe.

The king is known to have sported an earring, along with others from the Valois court.

Head hairs and remnants of a moustache and beard, coloured red and white, on the mummified head fit with the known characteristics of the king’s hair at the time of his death. Many features matched those in portraits of the king, the team said.

Charlier said three "cutting wounds" were also visible, corresponding to the separation of the head from the body by a revolutionary in 1793.

Radiocarbon dating also gave a date of between 1450 and 1650, "nicely bracketing the year of his death," the report said.

In addition, a digital facial reconstruction of the skull was fully consistent with all known representations of the king and the plaster mould of his face made just after his death. 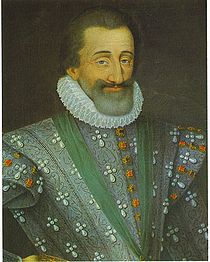 Henri IV was one of the most popular French kings, known as "the good King Henry" and as "the green gallant," because of his attractiveness to women.

In 1598, nine years after ascending the throne, he enacted the Edict of Nantes which guaranteed religious liberties to Protestants and brought to a close over 30 years of fighting between French Protestants and Catholics.

He was assassinated in Paris at the age of 57 by Catholic fanatic Francois Ravaillac.

Jacques Perot, director of the Societe Henri IV in France, said the head will be buried next year in the Basilica of Saint-Denis.

"It will be a beautiful ceremony," he told Reuters.