"Europe Could be Overrun with White South Africans" 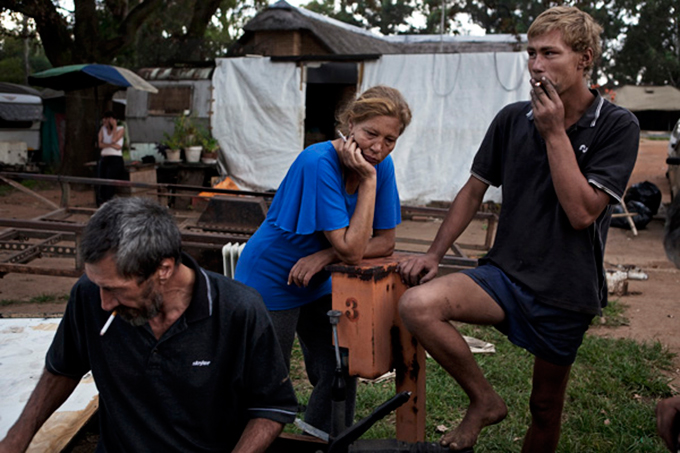 Dear Madam Merkel: We want our brothers and sisters to come home!

Both the UN and the EU have, in so many words, stated that their plan is to allow infinite numbers of these people to enter indefinitely, and to force every community across Europe to accept them, to pay for them, to be raped and robbed by them.

But the real threat? 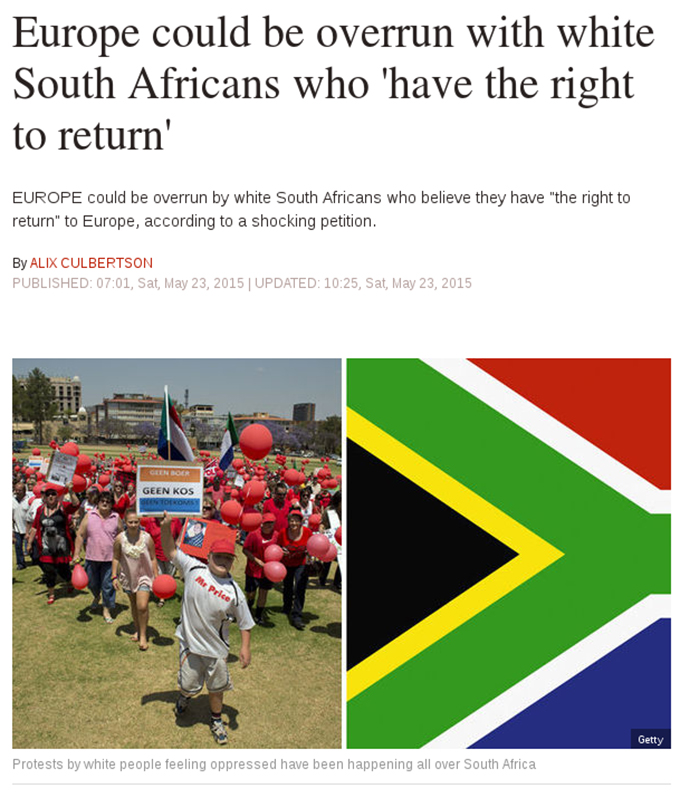 The real threat is that the continent could be overrun by White South Africans.

So says the The Express in an article they’ve put together whining about a petition to allow South Africans the right of return to Europe.

This is literally the headline: "Europe could be overrun with white South Africans who ‘have the right to return’."

The petition has already gained more than 1,000 supporters in just half a day.

Rodrigo de Campos, who started the campaign, is gaining support for his belief that the "white South African population currently faces ethnic cleansing and persecutions" at the hands of the ruling ANC government, the Economic Freedom Fighters (EFF) party and "various individual anti-white aggressors".

He also says: "Over 4000 white farmers have been brutally murdered, often including torture and rape and mutilation."

An increasing number of supporters believe the solution to this is for white South African’s – and white Zimbabweans and Namibians – to be allowed to "return" to whatever nation the majority of their ancestors are from – which in most cases is the Netherlands or the UK.

The petition compares white South Africans to Jews being allowed citizenship in Israel.

Currently South Africans, of any colour, applying for British Citizenship have to tick all the boxes people from any other country outside the EU have to.

This includes having lived in the UK for at least five years before applying – usually on a work visa.

Susan Mulder, who signed the petition from Cape Town, said: "My life and the lives of my children are at risk daily.

"We love SA but are no longer welcome here in the country our ancestors built.

"We have no option but to ask for your help."

Another supporter of the petition is Marischka Davies, living in Liverpool. She said: "I am a naturalised British citizen yet my mom is stuck on her own in South Africa.

"She should be growing old with her daughter and granddaughter.

"She has been attacked with an AK47 held to her head and is alone and traumatised. She deserves to be free from living in fear."

While Matty de Bruyn, in Cape Town, simply said: "There is no hope for the white man in South Africa."

How are these people going to explain the idea that they don’t have a right of return, while Jews who haven’t lived in Israel for nearly 2,000 years and now live in developed countries have a right to go kill the people who live there and steal their land?

South Africans are Anglos, and there has never been a time in history when Northern European people couldn’t easily integrate with one another. Germans and Scandinavians integrated flawlessly into the culture of the US. Even after the Norman invasion and conquest of Britain, it was only like six weeks before everything was cool. 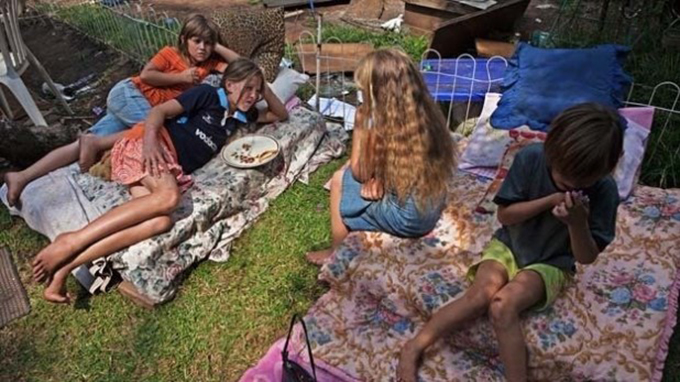 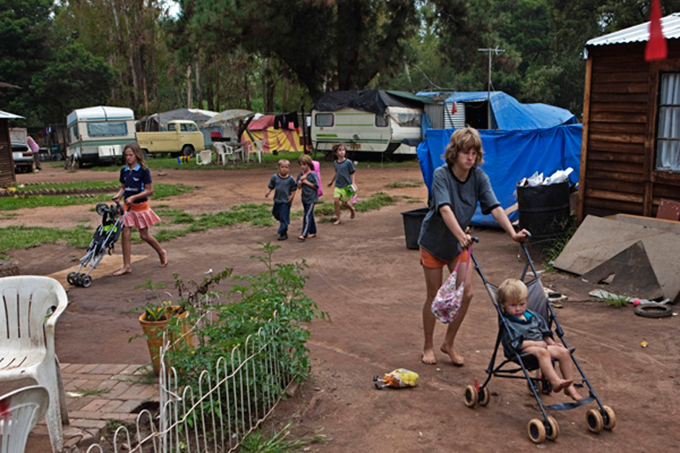 Our people have been forced into squalor! 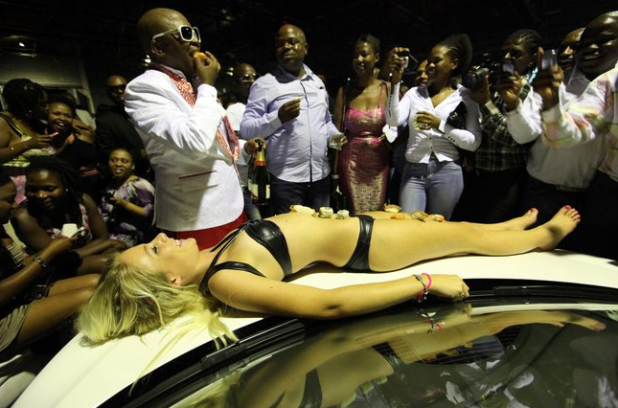 Eating sushi off of White women! 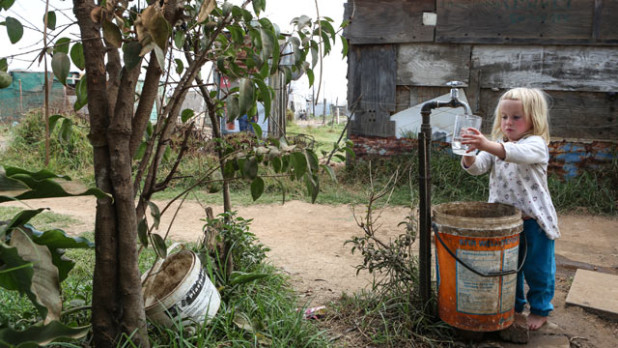 And at the same time these EUROPEAN PEOPLE are being denied entry into Europe – as they attempt to escape a genocide – we are allowing in infinity Africans who are claiming they have to enter Europe because they are being beaten with broomsticks in Libya when they go there to try and get into Europe (actual argument, see here).

There is no logical way that the UN and the EU can deny entry to our South African brothers and sisters who are being targeted by violence. Even as I write that, I know that they will deny them, but this simply brings more public attention to the fact that the invasion agenda is an agenda to destroy Europe and European people – nothing else.

Demand that the EU let these people come home!

Let’s get enough signatures that this horrible Jabba the Hutt looking bitch Merkel herself has to explain why she is going to let White people be slaughtered while she forces people to accept millions of Africans!

Demand that the EU let these people come home!

Let’s get enough signatures that this horrible Jabba the Hutt looking bitch Merkel herself has to explain why she is going to let White people be slaughtered while she forces people to accept millions of Africans!

I would also like to see Viktor Orban address this. He is currently saying he doesn’t want to be a part of Merkel’s psychopathic "migrant quota" program to force every EU state to accept thousands of Africans. It would be fantastic – pure brilliance – if he were to come out and say "instead, I would like to offer asylum to the Whites of South Africa, which Merkel is too filled with hatred to allow into the rest of Europe."

So, I know I post a lot of petitions, and maybe most of them are a waste of time, but this one definitely isn’t. It already has over 8,000 signatures (26,445 signatures as of May 26th), and the mainstream media is covering it. Spread the link and get everyone you know to sign it.

We can make this a big deal, and through it expose how insane the invasion agenda actually is.

And some day, I swear to you, we will bring our people home from the Dark Continent, back to where they belong!