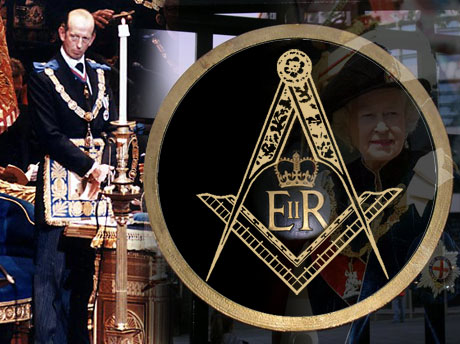 A branch of the Freemasons secret society is being formed by members of the Royal Household and police who protect the Royal Family.

And their decision to call it The Royal Household Lodge has put them on a collision course with Buckingham Palace – as has their plan to co-opt the royal cipher – EIIR – for their regalia, to underline their connection to the Queen.

Although the Queen's cousin, the Duke of Kent, is head of the secretive organisation – he is Grand Master of the United Grand Lodge of England – the new branch has not gone down well with the Royal Family. 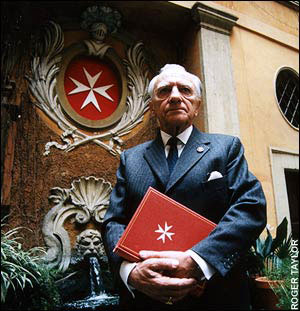 Ed comment: Also note that the recently deceased Grand Master of the Order of Knights of Malta, Andrew Bertie, was the fourth cousin twice removed of Queen Elizabeth II.

The Palace has no power to halt the formation of the lodge, but it is determined to stop it adopting its chosen name and block it from hijacking the Queen's EIIR.

Use of the Royal Household title and any related symbols requires official permission.

Angry officials clearly feel the new lodge's proposed name is the last thing the Palace needs at a time when it is trying to be seen as more modern and open.

Last night, a spokesman for the Queen said: “Buckingham Palace has not, and would not, endorse this sort of arrangement. No permission has been given by the Palace for a Buckingham Palace lodge or anything similar.

“If permission is sought, it will be declined.”

The founding of the lodge has also alarmed some Royal staff who do not wish to be associated with the fraternity famed for bizarre initiation rites, mystical regalia and mysterious codes of conduct.

It is also likely to cause consternation among career women in the Palace, as it is a men-only organisation.

Non-members in Royal service are said to be fearful they will be overlooked for prestigious promotions and left unsupported in any below-stairs clashes.

Masons are widely believed to further the business and professional interests of brother Masons, although they would deny this and claim it is a harmless social and charitable organisation.

The lodge, which will not meet at the Palace but will be based in a Masonic Hall elsewhere, will be open to all members of the Royal Household, from armed police protection officers to below-stairs staff such as pages and footmen.

It will also recruit staff in other Royal residences including Windsor Castle, Clarence House and St James's Palace.

A Palace insider said: “There's a lot of consternation and rightly so. People fear a lot of business will now be conducted behind closed doors so that those who don't sign up to Freemasonry can't have any effect on it.

“Backstairs life is already complicated enough – there are all sorts of allegiances and cliques and cabals. People fall in and out of favour and there's a lot of whispering in ears.

“The last thing the household needs is a secret society, especially one with the reputation of Freemasonry.”

The United Grand Lodge of England issued the Royal Household Lodge with a warrant in June last year although it will not formally exist until the consecration ceremony on May 19 at the Freemasons' Hall in London. 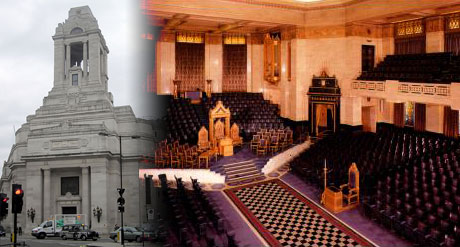 That will be followed by a celebration dinner for up to 300 Masons and their guests at the historic Lincoln's Inn.

The insider said the idea had been generated by serving and past members of the Royalty Protection Squad, SO14. With new recruits, the total number involved is approximately 70.

Author and broadcaster Martin Short, whose book Inside The Brotherhood exposed Masonic practices in the UK, said: “It's a catastrophic time to start such a lodge, given all the problems facing the Royal Family at present.

“The Royal Family is desperately trying to prove it is modernising – in PR terms, this is bad news for them.”

Get some background, watch: Ring of Power (Video)