German UFO ’looked like a plane but was louder’ 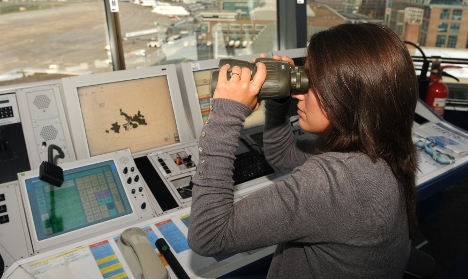 An unidentified flying object which ruined the travel plans of passengers at Bremen airport on Monday night looked like a plane but was a lot louder, according to eyewitnesses.

The airport said on Monday night that the UFO showed up on its radar several times over three hours from 6.30pm to 9.30pm.

Police said in a statement that they were alerted at 6.30pm about a UFO over Bremen and a patrol car also saw the object.

A police helicopter was sent up to try and find the UFO but could not, although the Weser Kurier newspaper reported it could be seen through binoculars from the airport’s traffic control tower.

The helicopter search was called off at 8.45pm, according to the police statement.

Officers are now investigating the case on grounds of unauthorized intrusion into controlled air space.

A spokeswoman for German Air Traffic Control (DFS) said: “It had normal lights, red and green, and an approach light on both sides," the Weser Kurier reported.

Eyewitness Dominique Höber told the paper the object was flying at between 100 and 200 metres and passed over his house four times.

“It looked like a plane,” he said. “It had lights but was a lot louder.”

A flight from Frankfurt had to be cancelled and a second flight from Munich was diverted to Hannover.

Another plane coming from Paris had to stay airborne for a while before it could land.

A Bremen police spokesman said. “We still don’t know what it was, but it was there.”

Read the full article at: thelocal.de 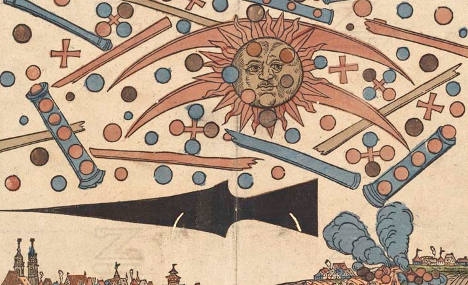 Hans Glaser’s woodcut of a battle in the sky above Nuremberg in 1561.
READ: Germany’s top UFOs - ’Fakes’ and woodcuts ?
AND: Pilot Reports Mysterious Black Drone over JFK Airport