Dec 17, 2013 Source: endthelie.com
Google is moving into the robotics field at a rapid pace, with eight robotics firms purchased in just 6 months, the latest being military robotics contractor Boston Dynamics. 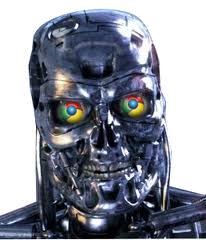 Boston Dynamics is well known for their military robotics work, including many projects for the Defense Advanced Research Projects Agency (DARPA). Boston Dynamics has produced everything from remote controlled jumping cars to four-legged running robots (including the fastest one in the world) to humanoid robots and much more.

Google purchased the company for an unknown sum, according to The New York Times. The company also said they would not release financial information on any of the other companies they recently acquired.

It remains unclear why Google has been pouring money into acquiring robotics companies over the past six months.

However, Google has recently been diversifying quite a bit. They have begun to fund life extension research with the company Calico and even electronic tattoos and stomach-acid powered password systems by Motorola.

Read the full article at: endthelie.com