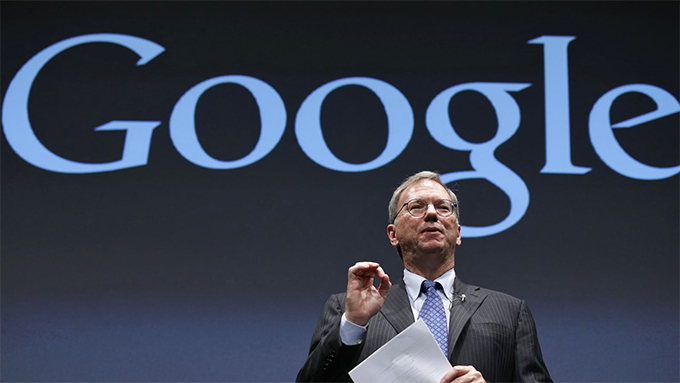 In an op-ed for The New York Times (paywall), Eric Schmidt, the executive chairman of Google, inserted himself directly into the middle of a heated debate about the line between fighting terrorism’s online reach and internet censorship.

“It’s our responsibility to demonstrate that stability and free expression go hand in hand,” he writes. “We should build tools to help de-escalate tensions on social media—sort of like spell-checkers, but for hate and harassment.”

His words came just after Hillary Clinton, the frontrunner for the Democratic presidential nomination, called on Silicon Valley to “disrupt ISIL” last weekend in Washington DC. Clinton said it is crucial to “deprive jihadists of virtual territory” by shutting off their means of communication.

With the rapid rise of ISIL and its sophisticated online recruitment and propaganda efforts, tech companies have been struggling with finding the balance between preventing terrorists from disseminating their message and being perceived as government tools for controlling the internet. Schmidt underlined that tech platforms should target terrorists’ social media accounts and remove video content—something that Google, Facebook, and Twitter already strive to do.

Schmidt did not provide details about his proposed “spell-checkers” for hate, but his suggestion may prove difficult to realize.

The debate about free speech versus hate speech is already a very controversial one, both in the United States where free speech is protected by the constitution, and elsewhere. People can barely agree on the definition of hate speech, so building algorithms to balance that fine line would be a tall order.

There are some other, less complicated ideas out there for fighting terrorists online. Donald Trump offered at a rally in South Carolina that maybe we should just shut down the internet. Trump said:

We’re losing a lot of people because of the internet. We have to see Bill Gates and a lot of different people that really understand what’s happening. We have to talk to them about, maybe in certain areas, closing that internet up in some ways. Somebody will say, ‘Oh freedom of speech, freedom of speech.’ These are foolish people.