YouTube Description: I apologize for the poor quality of the video, but this is a rare find. This is the story of 7 to 10 million murdered Ukrainians, starved to death and forced into cannibalism on Stalin’s order by his communist minion in the Ukraine Lazar Kagonovich in the years 1933-34. This is what happened to Eastern Europeans that resisted annexation by the USSR’s "worker’s paradise". There are no memorials built in foreign countries to the victims of this genocide, as there are for the victims of other well publicized genocides, such as is the case with "the holocaust". There are no Hollywood movies made to immortalize this peoples suffering or even the memory of their passing.

There is just this one old and poor quality documentary.

I have added all of the video’s I could find that have English subtitles of accounts given by survivors. I have also removed the end credits music and replaced it with an audio clip by the late Dr. William Luther Pierce. Feel free to download and share. This is a story which needs to be remembered, so that it can be prevented from ever occurring again...as the forces which caused this genocide are still active in the world, and entirely capable of these and even greater evils yet again.

You can buy copies of the DVD if you want a good copy of it, this is pretty bad. This is an award-winning documentary (10 competitive festival awards and 3 non-competitive). It is produced by the Ukrainian Canadian Research and Documentation Centre in Toronto, Canada.

Information about Director and Producer at this link, as well as links to well-researched work on related parts of this history ("Between Hitler and Stalin," for example): http://www.ucrdc.org/Film-Harvest_of_Despair.html 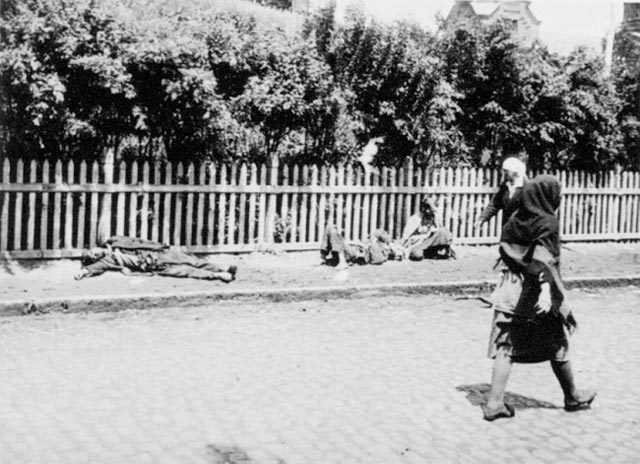 Pedestrians walking past bodies of starved peasants on a street in Kharkiv, 1933. Wikimedia Commons.

It is called the forgotten holocaust - a time when Stalin was dumping millions of tons of wheat on Western markets, while in Ukraine, men, women, and children were dying of starvation at the rate of 25,000 a day, 17 human beings a minute. Seven to ten million people perished in a famine caused not by war or natural disasters, but by ruthless decree. 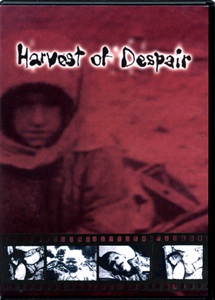 To commemorate the 50th anniversary of this tragedy the Ukrainian Famine Research Committee (former name of UCRDC) gathered materials, sought out eye-witnesses and documented this horrific event. Harvest of Despair is the product of this effort.

The documentary probes the tragic consequences of Ukraine’s struggle for greater cultural and political autonomy in the 1920s and 1930s. Through rare archival footage, the results of Stalin’s lethal countermeasures unfold in harrowing detail.

Harvest of Despair examines why this man-made famine remains so little known. Blinded by radical leftwing ideals, world statesmen, such as Edouard Herriot, Pulitzer Prize-winning journalists and writers such as George Bernard Shaw, all contributed to the regime’s campaign of concealment. Even the democratic governments of the depression-hit West preferred to remain silent over Soviet Russia’s atrocities in order to continue import and export trade.

In 1932-33, roughly one-quarter of the entire population of Ukraine perished through brutal starvation. Harvest of Despair, through its stark, haunting images, provides the eloquent testimony of a lost generation that has been silenced too long. 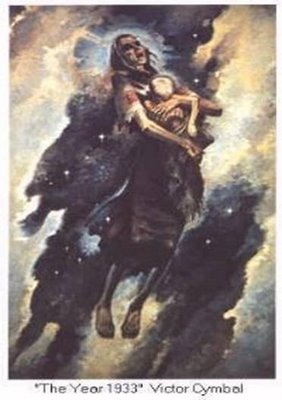 When Ukraine resisted Soviet attempts at collectivization in the 1920s and ’30s, the Soviet Union under Stalin used labor camps, executions, and starvation (Holodomor) to kill millions of Ukrainians.

In 1933, the recently elected administration of Franklin D. Roosevelt granted official U.S. recognition to the Soviet Union for the first time. Especially repugnant was that this recognition was granted even though Soviet dictator Joseph Stalin had just concluded a campaign of genocide against Ukraine that left over 10 million dead. This atrocity was known to the Roosevelt administration, but not to the American people at large, thanks to suppression of the story by the Western press — as we shall show.

The Ukrainian genocide remains largely unknown. After 76 years, the blood of the victims still cries for truth, and the guilt of the perpetrators for exposure.

Many Americans are barely acquainted with Ukraine, even though it is Europe’s second largest country after Russia, and has been a distinct land and people for centuries. One reason for this unfamiliarity is that Ukraine has rarely known political independence; it was under Russia’s heel throughout much of its existence — under Soviet domination prior to 1991, and under Czarist Russia before that. Many American students heard little or nothing of Ukraine in their history classes because the nation had been relegated to the status of a Russian "province."

Stalin accomplished genocide against Ukraine by two means. One was massive executions and deportations to labor camps. But his second tool of murder was more unique: an artificial famine created by confiscation of all food. Ukrainians call this the Holodomor, translated by one modern Ukrainian dictionary as "artificial hunger, organized on a vast scale by the criminal regime against the country’s population," but often simply translated as "murder by hunger."

Ukraine was the last place one would have expected famine, for it had been known for centuries as the "breadbasket of Europe." French diplomat Blaise de Vigenère wrote in 1573: "Ukraine is overflowing with honey and wax.... The soil of this country is so good and fertile that when you leave a plow in the field, it becomes overgrown with grass after two or three days. It will be difficult to find." The 18th-century British traveler Joseph Marshall wrote: "The Ukraine is the richest province of the Russian empire.... The soil is a black loam.... I think I have never seen such deep plowing as these peasants give their ground."

Read the full article at: thenewamerican.com