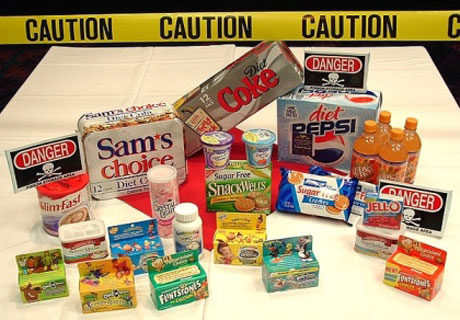 Research from a study of 297 children published in The Lancet found a significant number of children became more inattentive, impulsive and hyperactive when given a test drink with artificial additives. (The subjects were from the general population, not diagnosed with attention deficit hyperactivity disorder.) In England, where the study was conducted, people are calling for the additives to be banned from the food supply because the effects can lead to reading and other problems in school.

In the U.S., doctors are advising parents to check and possibly change their child’s diet before considering ADHD drugs.

In the February edition of The American Academy of Pediatrics Grand Rounds, two medical experts praised the current research and advised pediatricians to recommend ``a trial of preservative-free, food coloring-free diet'' when a child is hyperactive.

The connection between food additives and behavior was noted more than 30 years ago by an allergist, Ben Feingold. He also hypothesized certain children were sensitive to foods with salicylates, compounds similar to aspirin. He recommended trying an elimination diet and documented hundreds of case studies in which behavior improved.

Although rigorous research on the Feingold program is lacking, current research is substantiating many aspects of it. Fervent believers in Feingold’s methods support and manage the nonprofit Feingold Association. (www.feingold.org). In addition to salicylates, The Feingold Program recommends eliminating from the diet: all artificial (synthetic) colors, listed on the label as ``food coloring'', ``color added'' or by its FDA number, like FD&C Yellow #5 or FD&C Red #40 (both used in the Lancet study); artificial flavors listed as ``flavoring'' or ``artificial flavoring'' or artificial vanilla (vanillin); aspartame (an artificial sweetener); and three preservatives, BHA, BHT, and TBHQ – already removed from most food for children in the U.K.