How can parts of Canada be "missing" gravity? 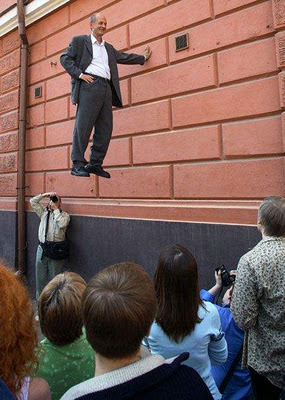 For more than 40 years, scientists have tried to figure out what’s causing large parts of Canada, particularly the Hudson Bay region, to be "missing" gravity. In other words, gravity in the Hudson Bay area and surrounding regions is lower than it is in other parts of the world, a phenomenon first identified in the 1960s when the Earth’s global gravity fields were being charted.

Two theories have been proposed to account for this anomaly. But before we go over them, it’s important to first consider what creates gravity. At a basic level, gravity is proportional to mass. So when the mass of an area is somehow made smaller, gravity is made smaller. Gravity can vary on different parts of the Earth. Although we usually think of it as a ball, the Earth actually bulges at the Equator and gets flatter at the poles due to its rotation. The Earth’s mass is not spread out proportionally, and it can shift position over time. So scientists proposed two theories to explain how the mass of the Hudson Bay area had decreased and contributed to the area’s lower gravity.

One theory centers on a process known as convection occurring in the Earth’s mantle. The mantle is a layer of molten rock called magma and exists between 60 and 124 miles (100 to 200 km) below the surface of the Earth . Magma is extremely hot and constantly whirling and shifting, rising and falling, to create convection currents. Convection drags the Earth’s continental plates down, which decreases the mass in that area and decreases the gravity.

A new theory to account for the Hudson Bay area’s missing gravity concerns the Laurentide Ice Sheet, which covered much of present-day Canada and the northern United States. This ice sheet was almost 2 miles (3.2 km) thick in most sections, and in two areas of Hudson Bay, it was 2.3 miles (3.7 km) thick. It was also very heavy and weighed down the Earth. Over a period of 10,000 years, the Laurentide Ice Sheet melted, finally disappearing 10,000 years ago. It left a deep indentation in the Earth.

To get a better idea of what happened, think about what happens when you lightly press your finger into the surface of a cake or a piece of really springy bread. Some of it moves to the sides and there’s an indentation. But when you remove your finger, it bounces back to normal. A similar thing happened with the Laurentide Ice Sheet, the theory proposes -- except the Earth isn’t so much "bouncing" back as it is rebounding very slowly (less than half an inch per year). In the meantime, the area around Hudson Bay has less mass because some of the Earth has been pushed to the sides by the ice sheet. Less mass means less gravity.

So which theory is correct? It turns out that both of them are. Convection and the ice sheet’s rebound effect are both causing some of the decrease in gravity around Hudson Bay.

First, we’ll consider the ice sheet theory.
To calculate the impact of the Laurentide Ice Sheet, scientists at the Harvard-Smithsonian Center for Astrophysics used data gathered by the Gravity Recovery and Climate Experiment (GRACE) satellites between April 2002 and April 2006. The GRACE satellites are highly sophisticated machines, orbiting about 310 miles (500 km) above the Earth and 137 miles (220 km) apart. The satellites can measure distances down to a micron, so they can detect minor gravitational variations. When the lead satellite flies over the Hudson Bay area, the decrease in gravity causes the satellite to move slightly away from the Earth and from its sister satellite. This shift in distance is detected by the satellites and used to calculate the change in gravity. Any shifts detected can also be used to create maps of gravitational fields.

The GRACE data allowed scientists to create topographical maps approximating what Hudson Bay looked like during the last ice age, when it was covered by the Laurentide Ice Sheet. These maps revealed some interesting features about the area, including two bulging areas on the western and eastern sides of Hudson Bay where the ice was much thicker than the rest of the sheet. Gravity is now lower there than in other parts of the gravity-depleted bay.

Read the full article at: science.howstuffworks.com
Top Image: Johan Lorbeer is a German street performer. He became famous for his ’Still-Life’ performances, which took place in the public area. This artist seems to unhinge the laws of gravity. 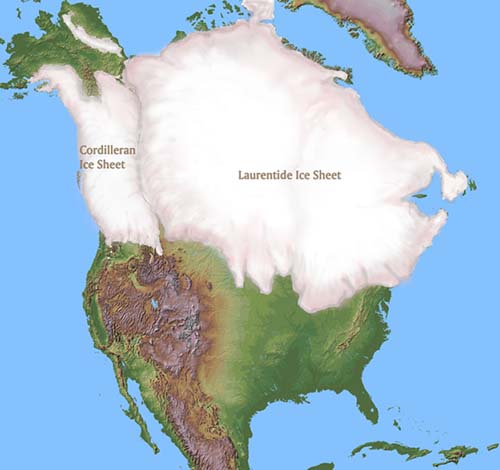 Laurentide Ice Sheet at Glacial Maximum 15,000 years BP.
(Before Present (BP) years is a time scale used in archaeology, geology, and other scientific disciplines to specify when events in the past occurred. Because the "present" time changes, standard practice is to use AD 1950 as the origin of the age scale, reflecting the fact that radiocarbon dating became practicable in the 1950s. - Wikipedia)